Tallulah Bankhead was a vivacious, delightful, and highly quotable lady. Described as an award-winning American actress of the stage and screen, talk show host, and bon vivante, she first came to my attention for her legendary last words: 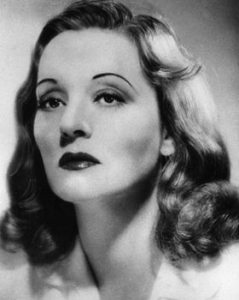 Perhaps her death was partly caused by her refusal to heed her earlier advice to “never practice two vices at the same time.”  However, it was this brand of defiance that was responsible for her incredible societal contributions.

She is one of the earliest-known bisexual celebrities, and also has been cited as one of the early examples of a Southern Democrat supporting more liberal social causes. No matter what your political views are today, it’s safe to say that you probably fall to the left of most southerners during the 1920’s through 50’s. So chalk one up for Tallulah.

Based out of San Diego, California. Co-founder of the Blog of Funny Names. funnynamesblog.wordpress.com
View all posts by Dave →
This entry was posted in Greatest hits and tagged actors and actresses, entertainers, female. Bookmark the permalink.