Naming a child is fun. It can also be an important decider on where the child will go in life. Does the name pass the supreme court justice test? Does it sound respectable? And most importantly, does the first name rhyme with the last name?

Some folks have decided that it is absolutely a good idea to give your child rhyming names. Look over these examples, and decide for yourself.

Zowie Bowie – Son of David Bowie, Zowie (pronounced “zoe-ee” to rhyme with the last name) didn’t think it would grant him too much goodwill in his chosen career of filmmaking and changed his name to Duncan Jones. A bit bland if you ask me (but he never did).

Angel Rangel – He sounds like some sort of a gorgeous superhero, but Angel Rangel is in fact a professional soccer player for Wales’ finest, Swansea City. Yes they give men the name “Angel” in Latin America. Kind of awesome. 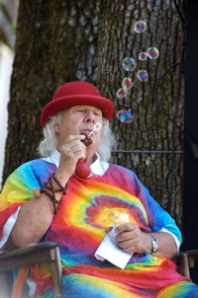 This guy does not look like a "Romney" to me. Maybe a Gingrich at best.

Wavy Gravy  – A caveat, that wasn’t actually his birth name, he changed his name to Wavy Gravy at the suggestion of blues musician BB King at some music gathering or another in the 60’s. In his defense, he was born Hugh Nanton Romney, which just doesn’t sound right for a hippie comedian.

Rolan Bolan – Rolan Bolan is the child of T. Rex singer Marc Bolan and a musician himself. With a catchy name like that he should have no problem following his father’s footsteps and producing catchy rhymes for a whole generation.

Maurice Morris – The classic rhyming strategy of just repeating the same thing twice works like a charm for us. Morris is an NFL player with the Detroit Lions. In case you’re wondering “why doesn’t he just go by his middle name to avoid the rhyme”, it’s because his middle name is Autora. That’s right, Autora.

Co-founder of the Funny Names Blog, Hawaiian shirt enthusiast, and holder of a funny name himself with too many vowels for any sensible person. Currently residing in San Diego, California, scouring through obscure documents on a hunt for more funny names. www.funnynamesblog.wordpress.com
View all posts by Arto →
This entry was posted in Uncategorized and tagged athletes, baby names, celebrity names, comedians, football, funny names, humor, musicians, rhyming names, soccer. Bookmark the permalink.