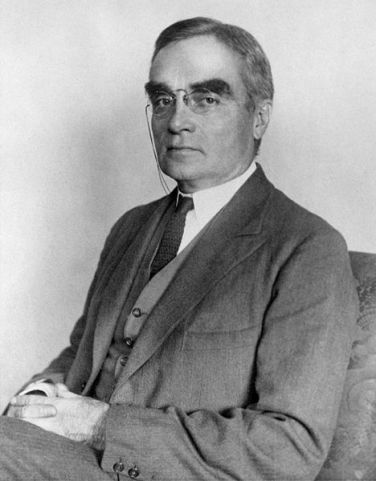 The only things greater than his "learned hands" were his bountiful eyebrows.

Billings Learned Hand (1872-1961), a United States judge and judicial philosopher, had a brilliant legal mind and has been quoted more often than any other lower-court judge by legal scholars and the US Supreme Court.

Named after his uncle and grandfather (both named Billings Peck Learned), Hand attended Harvard, where he became a member of the school’s Hasty Pudding Club (an on-campus social group) and also appeared in a school musical as a blond-wigged chorus girl.

Hand was known as a strong defender of civil liberties, and made many important decisions concerning the right to free speech. He was also fascinated by patent law.

Whatever the topic, Hand was an excellent writer whose work continues to be referenced to this day, making his work a handy  resource for the learned men and women in charge of important legal decisions.