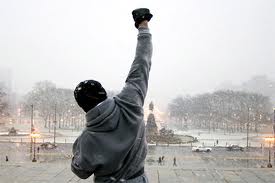 Sometimes people with funny names become very famous. Sometimes they get so famous, so well-known around the world, their name repeated over and over again, that it becomes easy to forget how funny the name really is. Sylvester Gardenzio Stallone fits that description.

For a time in the 1980s, Sylvester Stallone was arguably the biggest movie star in the world (figuratively speaking, he’s reported to measure out at only 5’10).  He played muscular world-savers with few words and simple, badass names like John Rambo or Lincoln Hawk (except when he played silly characters with hilarious names like Angelo “Snaps” Provolone or Cosmo Carboni – but those weren’t as successful).

Lost in all that success was the fact that the name Sylvester Gardenzio Stallone is pretty amusing. Not enough people are named Sylvester these days.  Stallone himself always disliked the name and instead preferred to be called “Sly”. But it’s a good, memorable Hollywood name so he never changed it.

He was born in 1946, and got the name from his hairdresser father Frank Stallone Sr. and his mother Jackie, who was an astrologer and women’s wrestling promoter, and whose maiden name was Labofish. That’s a pretty amazing set of credentials. “Sly” managed to live up to that by creating one of the most iconic and best-named characters in American movie history in Rocky Balboa, almost 36 years ago. 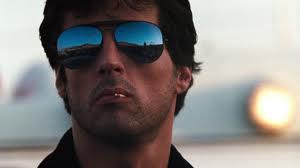 In capping up his achievements, it becomes clear that Stallone has had quite a remarkable career full of contradictions :

And that my friends, is the story of the great Sylvester Stallone. For this beautiful man-romance alone, he has earned a spot in cinema (and funny name) history.

Co-founder of the Funny Names Blog, Hawaiian shirt enthusiast, and holder of a funny name himself with too many vowels for any sensible person. Currently residing in San Diego, California, scouring through obscure documents on a hunt for more funny names. www.funnynamesblog.wordpress.com
View all posts by Arto →
This entry was posted in Uncategorized and tagged actors, comedy, funny names, humor, movie stars, movies, stallone. Bookmark the permalink.