As mentioned in our tribute to Richard Wagstaff “Dick” Clark, I stumbled upon Nipsey Russell almost by accident one day while watching reruns of the $100,000 Pyramid, and then later saw him as a guest panelist on Match Game. While you could stick a gun to my head and I still wouldn’t care about most of the 1970’s B-listers they had as guest panelists on those shows, there was just something special about Nipsey. I needed to find out more about this guy, and how he got famous.

It turns out that the game show guest appearances were how Julius “Nipsey” Russell got famous. He may be the only person who ever became a celebrity that way. But it makes sense – he was positively delightful, and they kept bringing him back for more.

At least once every episode, Nipsey would recite a humorous four-line poem. His lyrical gifts were to social commentary what Erasmus Darwin‘s were to science and Lesane Parish Crooks‘ were to hip hop.

The opposite of ‘pro’ is ‘con’
That fact is clearly seen
If progress means move forward
Then what does Congress mean?

What is the secret of eternal youth?
The answer is easily told;
All you gotta do if you wanna look young
Is hang out with people who are old

The last one, at a celebrity roast, provoked Betty White to respond “I’m not a multimillionaire, but one out of two ain’t bad!” 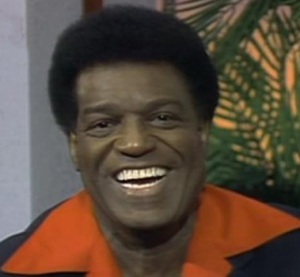 Although Nipsey was a constant panelist on celebrity roasts and game shows (he was especially valuable on the show Rhyme and Reason, a game show based on poetic ability), he also had a starring role as the Tin Man in The Wiz, a blaxploitation version of The Wizard of Oz. Yes, you read that right.

Before entering showbiz, Nipsey served as an Army medic during World War I in Europe, and upon his return, as a Second Lieutenant. He later inspired Nipsey Hussle, whose real name (Ermias Asghedom) means he’ll probably be featured on this blog himself someday.

With regards to Nipsey, I’d just like to say these final words:

‘Twas sad when Nipsey passed away
In October, 2005
But thanks to YouTube and TV
Nipsey’s charm will always survive!

Share your own Nipsey-style poems with us in the comments section! Our favorite(s) will be posted with a link to your blog in one of our upcoming posts.
(General guidelines: You can write several poems, but each poem should be four lines long, with the 2nd and 4th lines rhyming. Don’t shy away from provocative subjects, but keep it within the confines of what Nipsey would have been allowed to say on the air during the 1970’s.)