As the soccer (or football, depending on where you are) season draws to a close, it’s time to hand out some awards. Of course, this is the Funny Names Blog, so we don’t give accolades for meaningless things like performance, success or winning stuff. We focus on the important things, like how well a name rhymes with itself, could a last name mean something mildly amusing if you really thought about it, and does the word “cock” appear anywhere in a name.

Christopher Samba performing one of his famous dance routines. He’s since taken his art to the promised land of ballet, Russia.

I know you’re dying to find out who the best performers were in the English leagues in 2011-2012, so with no further introduction, here are the results :

Our research indicates these fine creatures are not related to Mark Beevers. 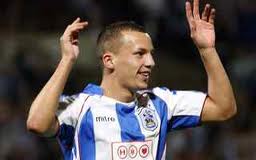 And that, as they say, is that. Share your favorites in the comments!

I hope you enjoyed this end of season ceremony, and if I’ve left someone highly deserving off the list…there’s always next year!

Co-founder of the Funny Names Blog, Hawaiian shirt enthusiast, and holder of a funny name himself with too many vowels for any sensible person. Currently residing in San Diego, California, scouring through obscure documents on a hunt for more funny names. www.funnynamesblog.wordpress.com
View all posts by Arto →
This entry was posted in Uncategorized and tagged awards, comedy, football, funny, funny names, humor, soccer, sports. Bookmark the permalink.

Leave a Reply to J. A. Robinson Cancel reply