Funny Names In The News, Third Time’s the Charm

Today’s post is a special one, because I’m writing it while floating on a cloud after pulling off one of the greatest accomplishments of my life. What was it? Completing the MCAT… no. Applying to medical school… wrong again.

Last night, while hanging out with Arto (and about 10 other people) celebrating  our friend Brittany’s birthday, I managed to get a live band to play Merle Haggard’s “Okie From Muskogee” to a bar full of Californian 20- and 30-somethings. It was quite the accomplishment.

Now, on to the task at hand – fulfilling my sacred national duty as this week’s recounter of all things funny named and 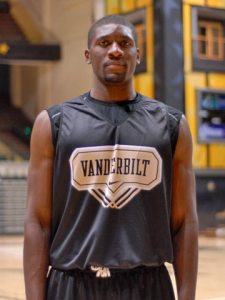 Festus Ezeli (full name: Ifeanyi Festus Ezeli-Ndelue) was drafted 30th in this year’s NBA draft by the Golden State Warriors. He is renowned for his genius-level intelligence (he was once described as someone who could have been the “Nigerian Doogie Howser“), and I hope he can at least get some amusement out of the irony of his situation. I kind of feel bad for the guy. Normally, if you’re drafted early in the first round, you get a big paycheck and play for a horrible team, while those drafted later earn less money but get to play for contenders. Festus managed to be the last pick of the first round and end up with the cellar-dwelling Golden State Warriors… I guess if anyone can make the best of that situation, it’s the Nigerian Doogie Howser. I’m sure making half a million dollars a year as a 23 year old has its perks too, though.

Apparently Arto decided that this would be a good week to read about the proceedings of the New Jersey state assembly, and passed this link on to me. I personally like this article for its usage of the term “Pot Punishments” in the title. Say that phrase out loud once – it’s kind of funny when you ruminate on it. Anyway, I couldn’t care much either way about New Jersey’s pot punishing policies, but the article was written by a guy named Andrew Duffelmeyer, which is a funny name, and therefore gels with the very subtle over-arching theme of this blog.

While I’m catching up with old episodes of my new favorite television comedy, NBC’s Community, I might as well mention that their English Memorial Spanish Center was named after English Memorial, “a Portuguese sailor who discovered Greendale while looking for a fountain that cured syphilis.” A noble name for a notable pursuit.

Aquaman’s favorite tennis player, Mardy Fish, was pushed to the max at Wimbledon the other day. Personally, I prefer the shortened URL ending in “wimbledon-mardy-fish-pushed-max,” but I’m sure Max wasn’t as keen on it.

Natoma Canfield, with a letter from her favorite funny-named president.

While we hate to pollute our Funny Names In The News articles with, you know, actual news, there is a name so exceptional that it supersedes our usual “absurdist news or bust!” insistence. Everyone’s favorite funny-named current U.S. President, Barack Obama (who is being given a run for his money this election by Willard Mitt Romney) has a knack for introducing random people with bizarre names in his speeches – consider, for example, Chaka, Temerria or Andoni. However, after emerging victorious on the biggest Supreme Court decision in years, Obama decided to outdo himself in his presidential address, by mentioning everyone’s favorite figurehead/cancer patient Natoma Canfield (of Canfield, Ohio). Say what you will about America, but there’s a lot to be said for a country where people can name their daughter Natoma and have her reach the point where she’s mentioned in a speech by a sitting president named Barack. Congrats Natoma on a landmark decision that went in your favor!

16 Responses to Funny Names In The News, Third Time’s the Charm