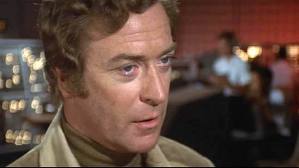 “Are you telling me this movie is about killer bees? I really need to start reading scripts before I agree to a film.”

Stirling Silliphant had one of the best names I’ve ever known. He got it from his Canadian immigrant parents upon his birth in the great city of Detroit, Michigan back in 1918. I was unable to trace the Silliphant name back any further but I think it’s enough to say that any name that blends the words “silly” and “elephant” should be celebrated across the globe.

Like everyone  in Los Angeles, Stirling wound up in the entertainment business, first working PR for Walt Disney and then writing some segments for the Mickey Mouse Club back in the 50’s. From there he moved on to writing for shows like Naked City and Perry Mason and he was off to what was to be a nearly half-century career of writing for the movies and television. In between writing movies Silliphant found the time to marry four times, each time to reasonably funny named ladies, in this order :

He won an Oscar for his script for In the Heat of the Night. If you ever wondered who wrote that famous line “They call me Mister Tibbs!”, that was Stirling Silliphant. Only someone with a name like his could name a leading character Virgil Tibbs. Priceless.

Silliphant also had plenty of time to experience the sillier side of Hollywood (is there any other side?). Having finished a screenplay for The Towering Inferno for producer Irwin Allen, he was forced to rewrite the script so that co-stars Paul Newman and Steve McQueen would each have the exact same number of lines. In Hollywood, that’s a perfectly reasonable request. 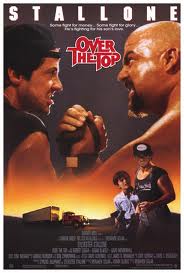 This is a real movie. It’s awesome. Stallone’s name changes half way through the film, presumably because they just forgot what it was.

Silliphant is also famous for a fateful meeting in a coffee shop with fertilizer salesman Hal Warren. Warren bet an incredulous Silliphant that he could make a real horror movie all on his own. Silliphant accepted the bet, and Warren went on to craft Manos : The Hands of Fate, perhaps the worst film ever made. Still, you have to admit Warren won the bet. Regardless of its quality, the film was definitely made. Silliphant himself had nothing to do with that movie’s production, but he made up for it by later writing the preposterous Michael Caine vs. killer bees movie The Swarm, which turned out to be one of the biggest flops of the 70’s and almost killed his career.

In his awesome life, Stirling Silliphant also wrote or produced the first three Shaft movies, learned martial arts under the tutelage of Bruce Lee, whom he then recommended to movie producers in Hollywood, and co-wrote the awesomely bad arm-wrestling saga Over the Top with Sylvester Gardenzio Stallone. After that Silliphant was about ready to call it a day and retired to Thailand to enjoy his family and count his stack of money. Not a bad move.

Co-founder of the Funny Names Blog, Hawaiian shirt enthusiast, and holder of a funny name himself with too many vowels for any sensible person. Currently residing in San Diego, California, scouring through obscure documents on a hunt for more funny names. www.funnynamesblog.wordpress.com
View all posts by Arto →
This entry was posted in Uncategorized and tagged action, bio, comedy, funny, funny names, history, humor, movies, stallone. Bookmark the permalink.