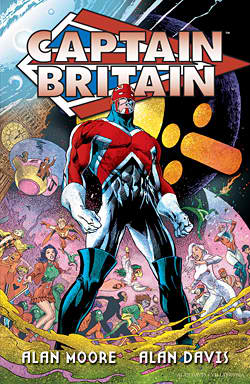 Captain Britain: like Captain America, except more proper-sounding and with better galoshes.

However, it is perhaps even more impressive when a person’s name is so extraordinary that it lifts someone out of relative obscurity, seemingly by the virtues of his or her name alone. Saeid Mohammadpourkarkaragh falls into this category. The Iranian weightlifter’s hefty surname turned him into a Reddit darling during the Olympics, and “Saeid Mohammadpourkarkaragh” is – by an alarming margin (bringing us almost 30x as many hits as the next most popular name Fearne Cotton) – the top search query in the history of our blog.

Which brings us to Leone Sextus Denys Oswolf Fraudatifilius Tollemache-Tollemache de Orellana Plantagenet Tollemache-Tollemache. He was a captain in the British Army who passed away of influenza during World War I. Unfortunately, he passed away in his early 30’s, but by all accounts he lived a very full wife. He married an Irishwoman, they had a child together, he rose to the rank of Captain, served in India, Ireland, France and Australia, and had a well-regarded diary of his exploits.

However, one thing Leone can’t say is that he had the best name in his family. I believe that belonged to his brother, Lyulph Ydwallo Odin Nestor Egbert Lyonel Toedmag Hugh Erchenwyne Saxon Esa Cromwell Orma Nevill Dysart Plantagenet Tollemache-Tollemache, whose first fifteen initials spell LYONEL THE SECOND. Pretty rad.

How does one get such a tremendous name? Well, in a continuation of the Izzy Skenazy Postulate, it was a fantastic parent – in this case, the eccentric clergyman Ralph Tollemache-Tollemache. Ralph started off timidly, with none of the five children from his first marriage earning more than seven names. Then, when Ralph married his second wife, Dora Cleopatra Maria Lorenza de Orellana, his creativity took flight, and they had ten children together:

And the rest, as they say, is history.