Given that JFK’s assassination occurred exactly 49 years ago tomorrow, I figure it’s time to give Abraham Zapruder (1905-1970) his due. Zapruder was a manufacturer of women’s clothing who also happened to film one of the most famous – and culturally significant – pieces of footage ever. 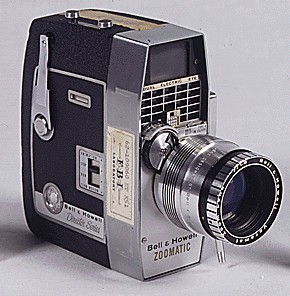 You see, on November 22, 1963, Zapruder brought his Bell & Howell Zoomatic Director Series Model 414 PD with him to view John F. Kennedy’s motorcade as it drove through Dealey Plaza in Dallas. Zapruder had set up his camera and began filming as Kennedy’s car approached his position. The 26 seconds of footage he shot captured the brutal assassination of the President. Although not the only footage of the assassination, Abraham’s is considered the most complete, as it gave a fairly clear view of the events from a good position. The footage came to be known as the “Zapruder film.”

All I can say to close is RIP JFK, have a Happy Thanksgiving everybody, and you go, Abraham Zapruder!