We love Hollywood. There’s almost no place like it for funny names, except maybe African soccer team rosters. 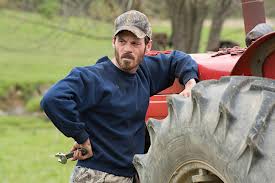 Today’s funny name of the week also hails from that funky town, and while actor Scoot McNairy doesn’t quite have the aristocratic ring of a Benedict Cumberbatch or the pleasing sonorance of Stirling Silliphant, his name did set off the Funny Name bells at our office this morning. (We acquired the electronic Funny Name Bellringer prototype at the Consumer Electronics Show last week – look for one at your local Target in 2014).

If you think there is a great story behind the name, you’re right. “It’s because I used to scoot around on my butt”, he told an interviewer a few years ago. This caused his father to ditch the boy’s given name “John” for the much more distinguished Scoot. We’re glad he did, and a bit sad that more people don’t get their names based on their toddler-age scurrying patterns. 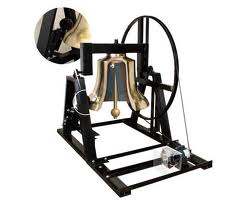 Scoot had his break in 2007’s indie hit In Search of a Midnight Kiss, which has helped him graduate from roles like “DJ at Party”, “Friend 1” and “Fast Food Worker” to playing characters with names. One of those characters was called Sparky Collins, which is pretty great too.

In 2010 ol’ Scoot was able to find a life partner and married actress Whitney Able, which opens up a lot of nice punning options for us. I’ll spare you from any further embarrassment and leave those be for now.

Among McNairy’s artistic achievements are an appearance in 2005’s Oscar winner Herbie : Fully Loaded, which starred then up-and-comer Lindsay Lohan (though not as Herbie, which would really make it a classic).

In his next film, Twelve Years a Slave, McNairy says he will play a “circus con man”, acting opposite Blog of Funny Names favorites Chiwetel Ejiofor and Michael Fassbender. I personally can’t wait.

Co-founder of the Funny Names Blog, Hawaiian shirt enthusiast, and holder of a funny name himself with too many vowels for any sensible person. Currently residing in San Diego, California, scouring through obscure documents on a hunt for more funny names. www.funnynamesblog.wordpress.com
View all posts by Arto →
This entry was posted in Uncategorized and tagged actors, funny, funny names, hollywood, humour, movies. Bookmark the permalink.