TGIF! Funny Names in the News vol. 29 with Jaber Jabbouin

Friday? Friday, Friday, Friday. What is this day all about anyway? I know it’s famous for hanging out with Robinson Crusoe on that island, being associated with the planet Venus,  for starring Ice Cube, and being that “day between Thursday and Saturday”, to quote Wikipedia (but they’re never reliable so don’t quote me on that quote). It’s also the first day of the weekend, unless you’re in Afghanistan, Iran or Saudi Arabia, in which case it is evidently the last day of the weekend. 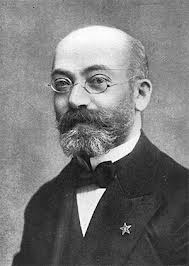 Ludwik Zamenhof, famed now for having invented Esperanto, and in his day for winning six consecutive Best Facial Hair in Poland Awards.

But never mind all that. Most famously, Friday is the day when Funny Names in the News hits dozens of inboxes around the world. And hey-ho, it’s Friday right now! That must be it’s FNITN time, which in turn means it must be finally time to get to the point.

Right, the point. Funny names in the news is what you want? Well, let’s get right started with our Tall Person Correspondent Dave, who brings us encouraging reports of Bol Bol, son of former NBA giant Manute Bol, who as a seventh grader is already being touted as a major basketball talent, or at least as a kid who’s really really tall and can run around a bit. That is of course better than most people so don’t be surprised to see him in the big leagues around 2021 or so.

In other sports news, Italian soccer star Mario Balotelli has continued to endear himself to everyone in the world by modestly ordering a life-sized platinum and bronze statue of himself to put on display in his house. According to the artist, Mario “wanted to be immortali[z]ed in a pose that shows him having scored a goal, highlighting his muscles and with an expression of defiance.”

I believe this is the pose Mr. Balotelli wants immortalized. I am considering commissioning a statue of myself in the same pose. Good idea?

Doing one better (worse) is Romanian team Steaua Bucharest’s owner Gigi Becali, who among other things in his house owns a painting of the Last Supper with himself in the place of Jesus. Modest to the max.

Back to our Obscure Linguistic Developments Correspondent Dave, who tells us that a man delightfully named Jaber George Jabbouin is out there living the dream and promoting a new phonetic alphabet he thinks might help achieve world peace. The theory is that by setting up a new alphabet that can be universally adapted and leaving no room for confusion about pronunciation, no one will ever be misunderstood again (The Animals will be delighted). Unfortunately, the alphabet is called SaypU, and I have no idea how to say that.

The delightful article also makes reference to Ludwik Zamenhof, the inventor of Esperanto, another language that tried to unite humanity by making the alphabet simpler. Of course, none of these things will ever work, but regardless we wish Jaber the best of luck in his cause. 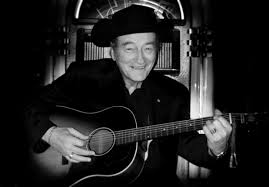 Finally, our Canadian Correspondent Amb and Half-Canadian Correspondent Dave joined forces to report the sad news of the death of Stompin’ Tom Connors in his home in Ballinafad, Ontario. Stompin’, as I like to call him, is of course (of course!) famous for writing The Hockey Song, a song about hockey, played at hockey games up and down the continent and whenever anyone sees ice, a stick, or just some Canadians. So let’s have a moment of funny-named silence for him, or alternatively a moment of stompin’. Both work.

That’s that! See you next Friday for more funny names and maybe even some news!

Co-founder of the Funny Names Blog, Hawaiian shirt enthusiast, and holder of a funny name himself with too many vowels for any sensible person. Currently residing in San Diego, California, scouring through obscure documents on a hunt for more funny names. www.funnynamesblog.wordpress.com
View all posts by Arto →
This entry was posted in Funny Names In The News and tagged art, balotelli, folk music, football, funny, funny names, humor, humour, middle east cultural trivia, news, ponderings on days of the week, soccer. Bookmark the permalink.

14 Responses to TGIF! Funny Names in the News vol. 29 with Jaber Jabbouin