Howdy good people, welcome to another fun Friday edition of….

Funny Names in the News

(and a college basketball addendum)

Now, some have observed that some of my best writing comes when I’m snippy, snarky and exhausted, and so I have really high hopes for this one. Really high hopes. I’m tired after working all night. It’s 4 am. Finals are next week. I’ve been sick this week and is intermittently dissociating from himself and using third person. It’s gonna be a Funnnn…NITN! 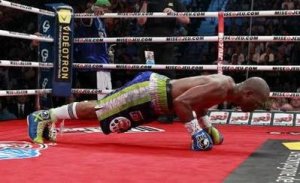 Bernard Hopkins. 48, M. Hobbies include entering the ring dressed like an executioner, drinking fountain of youth juice, winning world titles, and doing pushups between rounds to embarrass his younger opponents.

In boxing news (in my mind, all news should be boxing news), 48-year-old Bernard Humphrey Hopkins beat 31-year-old Tavoris Cloud to become the oldest world champion in boxing history. Hopkins broke his own record from two years ago, when he beat Canadian Jean Pascal at age 46. Now we know who’s been hogging that fountain of youth juice!

Our favorite Finnish Contractual Notification of Obscure Musicians Correspondent, the lovely Arto (who “once” caressed Ted Danson’s cardboard chest) brings us news that Benastre Tarleton is among the musicians who didn’t know Amoeba Records was selling their music online. Benastre doesn’t need to feel too ashamed though: I didn’t know Amoeba was selling his music online either.

The blog’s fun-tastic “For Crying Out Loud Dave, You Even Have Me Noticing Boxing Stories Now. xo.” Correspondent amb! brings us some boxing news that’s shaking up the Twitterverse. Ugh, I can’t believe I just said Twitterverse. 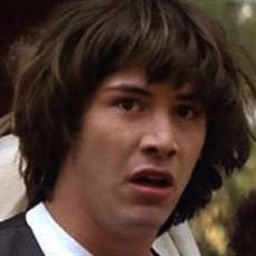 Whoa, what if all news… *is* boxing news!

I’ll leave it to amb:

Curtis Woodhouse, a British boxer fed up with anonymous abuse, tracks down his Twitter tormentor. – amb

I should add, the story of Mr. Woodhouse’s tracking tales is pretty radical! Tubular! Bodacious!

Our “Where the Heck Does He Find This Stuff… Oh, The New York Times…” Correspondent Arto brings us deeeelightful news of Northwestern psychologist Galen V. Bodenhausen, who thinks buying stuff leads to antisocial behavior. As Arto eloquently put it, “Don’t buy stuff, people!” What a guy! With that kind of eloquence, and my obvious verbal skillz, it’s amazeballs that we haven’t won the Pulitzer Prize for bloggy things already!

Our “I Was Considering A Political Career Until This Blog Post Was Published” Correspondent Dave brings us a doozy from the normally politically insightful Daily Beast about stars with unusual middle names. A bit of a deviation from their standard form, unless they’ve realized that funny names are the only thing Congress can agree on. Hop on over if you want to see such delightful meso-nominal (hey, I’m a prominent funny names theorist, I’m allowed to make new Latin-esque words) content as Elton Hercules John, Elizabeth Stamatina Fey (daughter of Zenobia “Jeanne” Fey, nee Xenakes… yes, I’ve been writing about funny names so long I can recite Tina Fey’s mom’s maiden name from memory at 4:30am) and Keifer William Frederick Dempsey George Rufus Sutherland.

Finally, M&M Correspondent Arto informs us that Maurice Micklewhite, aka Michael Caine, turned 80 on Thursday, wryly adding “Hooray for being old and British!” I couldn’a said it better myself!

So yeah, hooray for being old and British! This has been Funny Names in the News, volume 30!

Sunday is “Selection Sunday” for the 2013 NCAA March Madness Division 1 College Basketball Tournament. Does anyone have any favorite March Madness player names they’d like to share? We’ve already covered Scientific and Majestic Mapp and Muffet McGraw and Kimberly Duane Mulkey, and we’d love to bring another post of funny March Madness names into the fold.

In addition, how about doing our own Funny Names March Madness Bracket, where we choose teams based only on the funniness of their names? 68 teams is a lot, but we can probably handle 16 or 32. Earlier this week, I chose a list of NCAA Division I Basketball team names that are at least mildly humorous, posted below for your pleasure. Sound off in the comments section about which names you’d like to see make the final cut (choose as many or as few as you’d like), and we’ll include polls of the madness as the tournament progresses.

Campbell Fighting Camels, which just so you know, is trademarked, in case anyone else tries to steal that awesome and geographically relevant name!

I’m not sure if this is the Presbyterian Blue Hose’s real logo, but the alternative was a blue hose. Like a watering hose.