Good morning, funny names fans! Spring is in the air, and if you haven’t already started your day off with a kickin’ soundtrack and pretended that you’re the star of your own romantic comedy film (Doesn’t everyone? No? Just me?) then I’ve got the perfect solution for you. Might I suggest that you queue up a couple of tracks performed by Sara Beth Bareilles?

Sara grew up in the fantastically named Eureka, California and attended the University of California in Los Angeles. Given that her mother’s maiden name was Bonnie Halvorsen Capellas, I’m betting that no one in the family was surprised when Sara joined her college a cappella group, the Awaken a Cappellas. What may have come as a surprise, however, is the level of Sara’s a cappella awesomeness: she won ULCA’s Spring Sing Contest, not once, but twice! 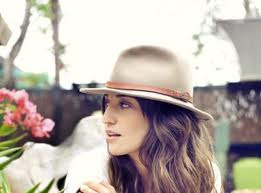 Although her first studio album was released in 2004, her career didn’t really gather momentum until 2007, when iTunes selected her single “Love Song” to be released as one of their free singles of the week. By the following month, her album had shot to #1 on iTunes’ list of most downloaded albums. The album has since gone three times Platinum in the US, (and I would recommend “Love Song” as the track to play over the opening credits of your own personal rom-com).

Sara began work on her next album in the summer of 2009, collaborating with the funny-named likes of Amir “Questlove” Thompson, members of Weezer, and Pharrel Williams. The album, called “Kaleidoscope Heart” was released on September 7, 2010, and debuted at Number 1 in the US.

Now, if you’re a regular reader (or if you’ve visited our Contributors page) then you know that, as your resident pop-culture vulture, I specialize in profiling funny names on TV and in the movies. “So Amb”, you may be asking, “why are you talking about a musician?” Never fear, my friends; you know that in my personal romantic comedy, everything always comes back to “Community” – and Sara is no exception.

I love these two so much I can’t even think of a witty caption for this photo.

On April 21, 2011, NBC aired the“Paradigms of Human Memory” episode of “Community”, which was directed by beloved BoFN alumni Tristram Shapeero and is, quite possibly, the most gloriously upside-down, off-the-wall, hilariously and brilliantly and densely plotted 22 minutes of television anywhere, ever, in the history of television. In my completely unbiased opinion, of course. Anyway, Sara’s song “Gravity” was featured in the episode during a montage of moments between two of my favourite characters, Annie and Jeff (swoon).

Speaking of swooning, I’d like to sing you out with my particular favourite of Sara’s tracks – in the rom-com movie version of my life, this is the song that played during our heroine’s “getting over a wrenching break-up and getting herself back out there into the crazy and wonderful world” montage that played a few months ago. As an added bonus, this video was directed by the funny-named (and very funny) Jonah Hill. Enjoy!

Would rather spend time in TV land than Corporate World. Writes at wordsbecomesuperfluous.com and wishes she was more like Ingrid Bergman.
View all posts by amb →
This entry was posted in Uncategorized and tagged a cappella, Community, entertainment, funny names in music, humor, humour, musicians, NBC, Paradigms of Human Memory, pop music, Sara Bareilles, tv. Bookmark the permalink.