Well I’ll be darned, if it ain’t time for Funny Names in the News again!

It seemed to be a fairly light week for Funny Names In The News, with only two contributions from our normally prolific correspondents, but perhaps it was kismet. The dearth of updates inspired me to head over to CNN for the first time in a while, and the first result in the left-hand panel spoke of the apparent suicide of famed Nascar driver Dick Trickle.

We hope Dick Trickle is enjoying that delightful Nascar track in the sky.

It’s always sad when I have to announce the death – particularly a suicide – of anyone, but it’s a particularly sad day for Nascar fans and Funny Names fans, because both of us agree that Dick Trickle was one of the best. The only reason we haven’t already covered him on the pages of this esteemed blog is because Arto and his puerile sense of humor couldn’t find a way to write about Mr. Trickle without a bunch of potty-themed puns.  I’m tellin’ ya… the well-mannered, polite Finn gig he’s been pulling over our eyes is nothing but a coverup!

In a way, I feel somewhat responsible. A lot of times, suicides in former athletes are partly a result of their star having faded and them feeling like their best days were behind them. But for people with funny names, it’s a different story. They will continue to bring light and inspiration to our life until the end of our days. I wonder if things would have been different had we given him the time in the limelight he deserved on this blog. The least we can do is wish Dick Trickle’s family, fans, and survivors the best during this difficult time, and hope they know he serves as an inspiration to us all.

And just as they honor recently-passed drivers with a silent lap, to show that the racing sport goes on, so shall we continue to bring you the best names in this week’s news. This one’s for you, Dick Trickle! 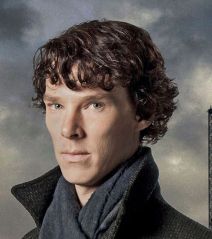 “Cumberbatch – it sounds like a fart in a bath, doesn’t it? What a fluffy old name.” – Benedict Cumberbatch

I’ll start off with everyone’s favorite effervescent showbiz correspondent Amber and her alert that…. well, I’ll let her speak for herself. It went like this:

On to sports, where our boxing correspondent Arto… no, just kidding, ME! of course! Brings the news that heavyweight champion bigwig (is that like a triple-big wig?) Alexander Povetkin will be squaring off against Andrzej Wawrzyk, and my pal Briggs Seekins (from my sports journalist days) provides his preview and predictions for what will happen.

In other sports news, Tiago Splitter has reason to smile because his San Antonio Spurs just beat the Golden State Warriors to reach the Western Conference finals for the bajillionth time in the last bajillion and three years. Go Tiago!

Some site called the New York Times brings us news that is sure to let computer-dwellers like ourselves sit a bit more comfortably. “Posture Guru” Esther Gokhale,

When I think “Go Clay” I think of this clip from Community, but to each one’s own.

whose name is pronounced GO-CLAY, and whose title shows that in a busy, commercialized world, everything can be given spiritual significance. In the article, Ms. Gokhale and her awesome posture-boosting abilities receive endorsements from such notables as Matt Drudge, and Susan Wojcicki (don’t even try to pronounce that), who could only get a job as a senior vice president at a silly-named company named Google.

Our favorite intrepid showbiz correspondent (who also happens to be the effervescent one) Amb lets us know:

James Van Der Beek is coming back to tv! Along with the also funny named Brooklyn Decker. See, there’s someone for everyone to enjoy! And yes, of course I totally loved Dawson’s Creek. As if you didn’t see that coming. amb xo.

Like green monster monkeys that are just looking for someone to hug!

Amb knows I only have eyes for her, though. Who needs to look at a supermodelly, wife-of-the-handsomest-football-player-alive lady anyway? Brooklyn Decker wouldn’t be jazzed about me using the word puerile in a post anyway. Community‘s Alison Brie might… although unlike Amb, I’m sure Alison has her own issues to deal with that aren’t nearly as awesome as not having enough time to talk about how incredible Ender’s Game is!

Alright, that’s it for Funny Names in the News 38 and this week’s Alison Brie photo collage, presented by Nascar and Dick Trickle. See you all on Monday with another exciting post! Enjoy your weekend!

** Can you tell I’m excited that Community has been renewed??!!! *** I’m feeling zippy and corybantic and I’m not even caffeinated!

(Oh, and I’m not only excited about that…. Fannie just sent me one of the best names I’ve ever heard… I don’t think it’ll be ready in time for her post next Tuesday, but it’ll be featured here soon. Pure gold!)

Based out of San Diego, California. Co-founder of the Blog of Funny Names. funnynamesblog.wordpress.com
View all posts by Dave →
This entry was posted in Funny Names In The News and tagged Community, funny, funny names, humor, humour, names, tv. Bookmark the permalink.