Top o’ the mornin’ to y’all! It’s 3:51 and I just got back from a good hangout session with some old friends who have recently arrived in town, so this FNITN will be a bit of a short one. It’s nice to go from some serious discussions to some silly stuff… and then get to come home to write FNITN! 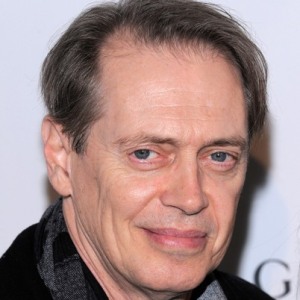 In coolness updates, our Coolness Correspondent Dave (ha, I love calling myself that!) brings us an update on what exactly constitutes coolness. You see, two psychologists, Ian Hansen and Ilan Dar-Nimrod, set out to quantify what was classified as cool, and came to some interesting debates. The most riveting of these was the discussion of whether Steve Buscemi is cool. If you’re interested in seeing which side of that debate Ilan Dar-Nimrod decided to take (and frankly, I’m always interested in seeing what Ilan Dar-Nimrod thinks of things), check out this delightful Cracked.com article!

But enough triviality! We have more serious things to discuss, and I’ll leave it to our favorite Moniker Madness and Muppet Correspondent, Mad Mark Sackler, to tell you more!

“It really doesn’t matter that Cardinals rookie Michael Wacha took a a no-hitter into the 8th inning of game four of the NLDS series between St. Louis and Pittsburgh.  What matters is that while watching the broadcast, just moments after this exact thought came into my mind,  the poster to the left showed up on my TV screen.  So who is clairvoyant–me or the guy who made the poster?” – Mark

I think I’m the clairvoyant one, because I predicted that Mark would have something to say for this edition of Funny Names in the News. But enough about me. Mayoral Mandate Madness correspondent Mad Mark Sackler has even more exciting nooz to share with e’rrrbody! Take it away Mark!

“In sports/politics crossover news, Colorado Governor John Hickenlooper is recovering from hip surgery–but that isn’t his main health concern.  He’s worried for his heart after watching the Denver Broncos‘ narrow victory over Dallas in a wild 51-48 shootout this past Sunday. ”

Oohhh! Right in the Hickenlooper! That’s gotta hurt! (P.S. When did Rob’s brain become the model for Operation?)

Fun stuff! I once heard a doctor refer to a body part as a Hickenlooper. I’ll leave it to you to figure…

actually, that isn’t even remotely true. Nobody has ever referred to a body part as a Hickenlooper. Not until I become a doctor, at least!

Sorry… that was kind of childish.

… speaking of childish (and utilizing our time-honored tradition of so-smooth-they’re-almost-undetectable segues), Canadian Cuteness Correspondent Amb brings us news that Childish Gambino is going to be releasing an album this winter. Now that name alone is enough to make us happy, but what really makes us swoon is that Childish Gambino is none other than Donald Glover – who is best known for playing Troy Barnes on a fun little show called… Community! (Which Liz has to watch but not until she has some free time)

Lastly, perhaps the most intimidatingly named college football coach ever, Jerry Kill, unfortunately had to go on leave recently due to his epilepsy. We wish Jerry the best, and the good news is that as a Minnesotan, Kill will always be able to swing on over to Liz’s kitchen and find some delicious morsels to help will cure what ails him.

Whoo, we covered a lot of ground in this here FNITN! Hope you all have a splendid Friday!

Based out of San Diego, California. Co-founder of the Blog of Funny Names. funnynamesblog.wordpress.com
View all posts by Dave →
This entry was posted in Funny Names In The News and tagged Community, cool, entertainment, food, funny names, humor, humour, sports, tv. Bookmark the permalink.

29 Responses to Wacha Wacha! It’s Funny Names in the News 57