Perri 6, and Getting By With A Little Help From Your Friends

Hoo-Diggidy Boy Howdy! Another funny name submission from one of our awesome readers, HLK from Finland, who I’m guessing is Kulakki’s wife Heidi!

In any case, the name she submitted is a doozy, and if I’m not mistaken, is the first time a non-roman numeral has ever been featured in a post on the Blog of Funny Names! 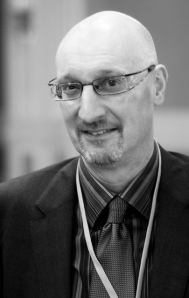 Perri 6 in a rare press appearance.

This past Saturday, Arto, Leslie and I attended a memorial for a friend who recently took his own life, and this led to a pensive weekend of reflection and minimal productivity. I’ll discuss that later in the post, but it’s nice to be back into the swing of things, blogging about funny names! And if our friend Johnny loved anything, he certainly had a deep appreciation for all things intellectual – the more obscure and esoteric the better. So this one’s for you, Johnny!

Perri 6 is a British social scientist, who first came to fame while working for Demos, a centre-left think tank that had ties to the British New Labour party. (Look Amb! They spell things funny just like you!) His more recent work has focused on the Cultural Theory of risk, or as Professor 6 describes it, “neo-Durkheimian institutional theory,” which I won’t explain because I’m sure our readers are all intimately familiar with it.

Actually, that’s not true! Like Shakespeare and Lewis Carroll before us, Arto and I (among others, cough, amb!) have coined several new terms since starting this blog, and the verb to Gylfi is one of our favorites. We Gylfi a post when we have no clue about a subject and honestly don’t care enough to learn more, best evidenced in my Gylfi Sigurðsson post and Arto’s Judith Q. Longyear offering.

According to “peer-reviewed academic journal” Wikipedia, Cultural Theory (with capital letters, so it’s not confused with “culture theory” – thanks academia!) “consists of a conceptual framework and an associated body of empirical studies that seek to explain societal conflict over risk… Cultural Theory asserts that structures of social organization endow individuals with perceptions that reinforce those structures in competition against alternative ones.”

Makes sense, I guess. We scientists would call that “systemic bias,” and it’s something to be mindful of – it’s always important to question your assumptions and recognize when you’re accepting something as fact just because it happens to be the most common or prevalent worldview. 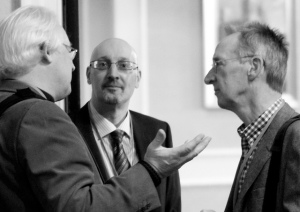 Who says academia is no place for photobombs?

Anyway, David Ashworth changed his name to Perri 6 in 1983. The reason: he was amused by the idea of “6, P” being cited in academic articles, and despite not being an academic at the time, the man had a vision. He has now been published in countless peer-reviewed journals and is currently Chair in Public Management at Queen Mary, University of London. He also has advised politicians such as Tony Blair, and appeared on an awesomely-named show called Wonkers about policy wonks. As we all know, if there’s any way to get me to appreciate something, just give it a funny name and I’m sold!

Some notes on loss and friendship

I rarely go over the 500-word mark, but will double that number today because of what has been on my mind lately. Every now and then – often on some holiday and usually immediately following a ridiculous post about cheese puns or evaluating just how cool Steve Buscemi is – I’ll strike a serious chord on this blog. It happened this April Fool’s Day, and on Independence Day 2012 in one of our more popular early posts.

Given Johnny’s suicide, which has shaken my social group a lot in the past nine days, I feel inclined to write a few words about the importance of friendship. Regular readers (and especially our BoFN coauthors) know me as an avid networker – always trying to connect interesting people to each other in meaningful, useful ways. The awesome friendships and connections made just through this blog are innumerable and meaningful (feel free to share some favorites in the comments section), and I believe that building strong, mutually-beneficial relationships is pivotal to success and happiness. 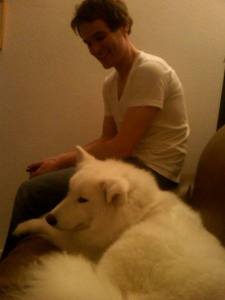 Johnny and a canine companion during happier times

Johnny was a person well-loved by many, but he had a deeply-embedded sadness and likely a chemical imbalance that often prevented him from receiving the love that was so often offered to him. His passing further solidifies my interest in the emerging medical discipline of neuropsychiatry, which examines the brain structures and interactions that affect behavior and personality. At the memorial, I saw friends from so many eras of my life and the importance of community in dealing with grief, and the last two weeks have been a whirlwind of social support. BoFN columnists Rob, Amber and Liz each sent kind messages, and offline friends were pivotal in traversing a week that was dampened by the loss of someone we all knew so closely, and in other ways, hardly knew at all.

The Sunday before last, I received a call from my dear friend Ann, telling me Johnny had taken his own life. I then had to figure out how to tell our social group, because I didn’t want people to learn via Facebook. I naturally went to my two closest San Diego confidants – Arto and Leslie – to share the news with them, and then Leslie and Ann spoke for a while on the phone.

The great thing about friendships is that we are there for each other at different times. As far as telling all our other friends, Leslie let me off the hook – calling everyone over to her place in lieu of trivia on Tuesday, to share our memories of Johnny.

Friendships make us all stronger. Ann (who writes a lovely and thought-provoking personal blog about using meditation and yoga to bring her happiness on her adventures through Mexico and elsewhere) is the kind of person who processes emotions immediately and deeply, whereas I have a stoic and pensive “keep calm and carry on” type of crisis response. For the first few days, I was there for Ann as a calming influence, helping her cope with the tragedy of losing someone she loved so dearly. It wasn’t until a late evening get together, after the memorial and our post-memorial dinner, that I let the floodgates open. 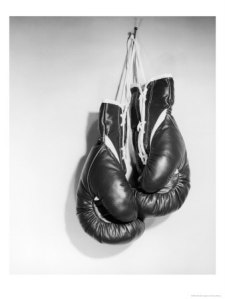 Ann will be giving my gloves to a young man in Mexico for them to take on new life.

Johnny used to box, and for years we were like intellectual “sparring-partners,” bouncing points and counterpoints off each other relentlessly. It is a boxing tradition to hang up your gloves upon a fighter’s retirement or death, and I thought it would be a good tribute to Johnny to “retire” my first pair of boxing gloves – 14 oz black Everlast gloves. As soon as that happened, I became what Ann might call a “bawling, snotty mess” and she was there for me when I needed her.

Cherish those meaningful friendships – of the personal and digital variety – because friendship is the currency that helps us deal with emotional challenges that our brains struggle to understand. So many of my readers and colleagues here have become friends, and I am grateful for all of you.

Finally, at times like this, we all would like to believe there is an afterlife, but ultimately nobody knows for sure. What I do know is that if we can take lessons people taught us and use those to make our lives better, then a person’s influence can exist long after their physiology has ceased to. From Johnny I’m taking away three important lessons: 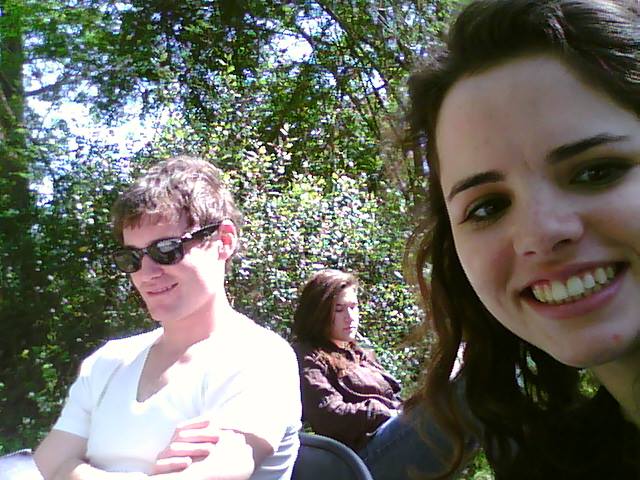 Johnny and Ann. RIP Johnny. You will be missed.

Based out of San Diego, California. Co-founder of the Blog of Funny Names. funnynamesblog.wordpress.com
View all posts by Dave →
This entry was posted in Uncategorized and tagged death, funny names, humor, humour, life, literature, names, writing. Bookmark the permalink.

25 Responses to Perri 6, and Getting By With A Little Help From Your Friends