Funny thing, this BoFN Contributor position. There are a handful of us who rotate Tuesdays on a monthly basis (except for amb who writes every other Wednesday, complicating things further). After publishing my monthly posts, I let BoFN responsibilities slip my mind, checking the calendar as the weeks go forward so I can mentally mark my next post date. Admittedly, the smart thing to do would be to map out exactly when I’m expected to post and work ahead toward those dates. But I’ve never been an especially organized person and tend to go with that proverbial flow.

Which today, has not served me well. Certain that my Tuesday was NEXT week, I checked the morning BoFN feed to find no new posts. A quick look at the calendar confirmed that I’ve dropped the ball. I considered pulling from my slowly growing archives of Funny Names in Food. I considered dropping Dave a note to say that I got nothin’.

The third option was to give it a go, quickly pulling something together and throwing it out there without too much thought. And that’s where I went with this.

Googling “funny names in food” brings up oodles of links for foods with funny names. Tucked in among these crazy and most unfortunately named foods was a thought-provoking list from a Baby Center website, titled Baby Names Inspired by Food and Drink.

I know not the rhyme nor reason for any of these names being selected (though it does explain a few celebrity baby names) and it’s an odd list overall. Some make sense (I’ve met Margaritas and Candys and Franks), though most do not. (Ice? Capers? Banana?) The list is good for a giggle, though if folks are looking for baby names, I’m offering you a few more choices. You’re welcome 😉 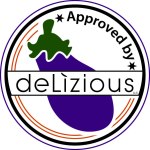 59 Responses to Apple to Wellington: funny names in food drops the (baby) ball