Ohhhhhhhhhhhh Doctor! You can hang a star on that baby! Welcome to Funny Names in the New(s) Year’s special Monday edition. What’s so special about it? The fact that I was busy and neglected to write this on Friday, therefore it’s the first Monday FNITN EVERRRRRRRRRRR! (No, not you, Ever… but you’re still my favorite hardcore toddler!). 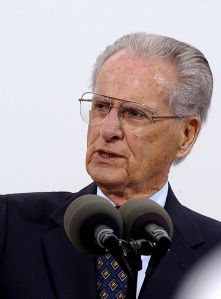 The first item of our maiden Monday voyage into funny-namedness, is that Gerald Francis “Jerry” Coleman passed away yesterday at age 89. His name may not have been the funniest, but his accolades were astounding. A former Yankees’ (Hi, Mark!) Rookie of the Year, All Star, and world series MVP, “The Colonel” was the only baseball player ever to serve in two wars (WWII and Korea), and then traveled to San Diego for stints as Padres manager (briefly) and broadcaster (for decades). His catchphrases Ohhhhh Doctor! and You can hang a star on that baby! are two of the many reasons sporting faithful will remember him fondly.

Rest in peace, Colonel, and keep hanging stars on babies in the afterlife!

Moving on to our esteemed technology coverage, Cooler Inventions Than You Can Shake A Stick At correspondent Dave brings the inspiring news that a team of researchers including Charudatta Galande has invented a SPRAY ON BATTERY! WHAT?!?

That concludes our esteemed technology coverage.

In entertainment news, Splendid, Sparkling, Bouncy and So Bubbly You’d Think She Was Carbonated correspondent (who has been hassling me about not giving her better correspondent names) Amb brings us…. nothing!  Perhaps she was too busy eating chocolate cake for breakfast, or it’s possible that the holidays got in the way, but we’re hoping for more Ambean (not ambien) contributions soon. Happy belated birthday, dear Amber!

With amb on vacation, somebody had to pick up the slack, so Bashfully Admitting He’s Never Seen Anything With Any of These Three Guys in It correspondent Dave stepped in to shine a light on some great showbiz occurrences. First, Vulture tells us that Benedict Cumberbatch and Tom Hiddleston had a funny-named dance-off a fortnight ago.

Not only that, but Amb’s favorite Lutheran, Idrissa Akuna “Idris” Elba has been in the news saying stuff, and it’s actually pretty cool stuff about race relations and James Bond. Now I understand his appeal!

In human interest news, Names That Look Like Purgatory for Discarded Scrabble Racks correspondent Marvelous Mark Sackler chips in with a snippet from our 50th state.

The irrepressible Janice Keihanaikukauakahihuliheekahaunaele, our 2013 Horsey Award Winner for funniest name in the news, performed a brief encore in the national media on the penultimate day of 2013, as it was reported that the Hawaii department of motor vehicles finally provided her with a license that did not truncate her Brobdingnagian last name.  (Do I get a Horsey for using Keihanaikukauakahihuliheekahaunaele and Brobdingnagian in the same report?) – Mark 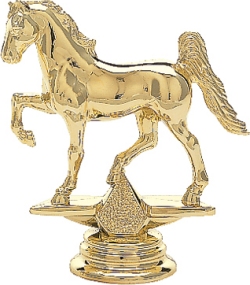 I really hope this is what a Horsey award looks like!

Well Mark, considering that you invented the Horsey Awards, and were basically the sole voice on the voting panel, I’d wager you have a good shot at winning a Horsey.

Lastly, but not leastly (and certainly not beastly), our venerable Pussy (Riot! Riot! I said Pussy Riot!) Expert Dave brings us more news from Russia’s erstwhile masked marauders turned social icons. Nadezhda Tolokonnikova, Maria Alyokhina, and Yekaterina Samutsevich of the band Pussy Riot, only weeks after being freed from jail, have already begun to make their impact. First, following through with my hope that they’d continue to make courageous, socially-relevant strides, they unveiled plans for a new human rights organization.

Furthermore, the film Pussy Riot: A Punk Prayer is leading the pack for this year’s best documentary Academy award. If they win the Oscar, and stay relevant in the news, they could become the first people ever to win the vaunted “Oscar and Horsey in the same year” distinction in 2014.

That’s it for a peculiar Funny Names in the News this week. Until next time, even if you are a big Alabama football fan, consult Urban Dictionary before naming your kid Krimson Tyde!

Based out of San Diego, California. Co-founder of the Blog of Funny Names. funnynamesblog.wordpress.com
View all posts by Dave →
This entry was posted in Funny Names In The News, Uncategorized and tagged entertainment, funny, humor, LGBT, music, names, Pussy Riot, russia, sports. Bookmark the permalink.