Good morning! Can I get you something? Tea? Crumpets? Bangers and mash?

As you may have guessed from today’s breakfast menu (or perhaps from the sound of a million fangirls spontaneously combusting over the internet) Season Three of the British miniseries “Sherlock” made its North American debut last week.

And I’m not just mentioning that so I have a reason to post pictures of Benedict Cumberbatch. 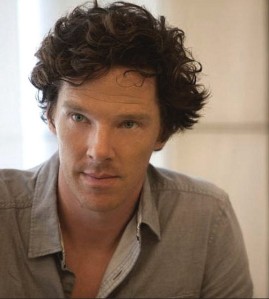 I’m sorry, what were we talking about?

No, I bring it up because although Benedict gets the lion’s share of the attention, there is, in fact, another “Sherlock” cast member who is worthy of funny-name-inspired fame herself. I’d like to take this morning to introduce you all to the lovely and talented Una Stubbs.

Because the Brits take their funny names very seriously (Seriously. Who else do you know who would coin the delightfully unappetizing phrase ‘bangers and mash’ to describe breakfast?!?) my showbiz sources found no shortage of material for this post. But since Dave gives us a word limit around here, and since, quite frankly, I’d rather use up my extra white space with more pictures of the future Mr. amb, we’ll skip straight to the highlights.

Anway, Ms. Stubbs was born in Welwyn Garden City, Hertfordshire, and grew up in Hinckley, Leicestershire. As if growing up in a place called Hinckley didn’t make her family amazing enough, Una’s great grandfather was author and early urban planner Sir Ebenezer Howard, who helped design Welwyn Garden City, and Letchworth Garden City. I like to think that design included city name selection, because I’d like to say ‘Welwyn’ one more time in this post.

Young Una got her start modelling for the cover of a Rowantree MacIntosh chocolate box (as if I didn’t have enough reason to be jealous of her already) and went on to appear in a number of long running British tv series. My favourite of these roles is obviously Aunt Sally in “Worzel Gummidge” and “Worzel Gummidge Down Under”, because Worzel, but Mrs. Moody, Gilly Pigeon, and Miss Bat aren’t too shabby either. (In other news, I am clearly living on the wrong continent).

Since 2010 Una has become a recognizable face – and name! – here in North America thanks to her recurring role as my love’s – I mean, as Sherlock’s – housekeeper, Mrs. Hudson.

Now, one more piece of showbiz gossip for you before I get back to the important business of figuring out the best way to embroider “Cumberbatch” on all my linens:

Una is close friends with fellow funny named actress Wanda Ventham, also known as my future mother in law. Yes, my friends, this means that while she’s now playing a second mother to him on tv, Una has actually known Benedict Cumberbatch since he was about 4 years old. If I don’t see you in two weeks for my next post, it’s because I’ve exploded into fangirl goo.

Would rather spend time in TV land than Corporate World. Writes at wordsbecomesuperfluous.com and wishes she was more like Ingrid Bergman.
View all posts by amb →
This entry was posted in funny names in tv and tagged amazing British television, amb's imaginary boyfriends, Benedict Cumberbatch, British slang, Sherlock, Sherlock season 3, the BBC, Una Stubbs. Bookmark the permalink.