“You could look it up.”–Casey Stengel 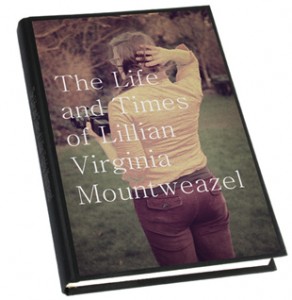 According to the 1975 edition of the New  Columbia Encyclopedia,   “Lillian Virginia Mountweazel ( 1942-1973),  was an American photographer, b. Bangs, Ohio. Turning from fountain design to photography in 1963, Mountweazel produced her celebrated portraits of the South Sierra Miwok in 1964. She was awarded government grants to make a series of photo-essays of unusual subject matter, including New York City buses, the cemeteries of Paris and rural American mailboxes. The last group was exhibited extensively abroad and published as Flags Up! (1972) Mountweazel died at 31 in an explosion while on assignment for Combustibles magazine.”

It’s an incredible story–at least, according to the 1975 edition of the New Columbia Encyclopedia– with  “according to” being the critical phrase.  Because, you see, no such person ever existed.  The entry was bogus–a common practice among publishers of dictionaries, encyclopedias and even maps.  It was designed to catch copyright infringement.  This practice was hardly new, as I shall proceed to report.  However, it caused enough of a stir  that The New Yorker coined the term Mountweazel to mean any such copyright trap in published material, and the name has stuck.  As things of this nature often take on a life of their own, the eponymous Ms. Mountweazel now has a page on Facebook and a memorial society on Flickr.

But as odd as this story sounds, the course of events that led me to this discovery is stranger still.  It was a three decade odyssey that started back in the mid-1970’s.  While playing the game of Dictionary at the home of a (much older) friend,  I came across the following in the 1943 edition of Webster’s Twentieth Century Dictionary:

That was it; there was no pronunciation and no etymology.

Wow.  I was flummoxed.  How bizarre was this?  I had to find out more.  I went to the local library and searched every encyclopedia and every dictionary, but found nothing.  Figuring that this bird had to be mythical, I next went to books on Persian culture and mythology.  Still nothing.  I was puzzled, but not deterred, and I never forgot this bizarre word and definition.  Over the next several decades I sporadically recalled this incident and searched again, each time to no avail.  No avail, that is, until about five years ago.  Thanks to the miracle known as the internet, the Google search term ‘jungftak’ finally bore fruit.  I uncovered a 1981 article by one Richard Rex in the journal American Speech.  He  had also discovered this word and had the same issues with it.  His conclusion was that the entry was an early example of what, by the time of this article, had come to be called a Mountweazel.  A copyright trap.  It was a letdown, but at least I finally had an answer.

I discussed this phenomenon with Martha Barnette and Grant Barrett as a caller to the NPR show A Way With Words originally broadcast in January of 2010.  You can listen to this archived broadcast here.  My segment occurs about 20 minutes into the show.  You can also read my own personal blog here.   Have fun reading and listening, and don’t take any wooden Mountweazels.

"The best way to predict the future is to invent it."-Alan Kay; Let's invent a better future, together.
View all posts by Mark Sackler →
This entry was posted in Uncategorized and tagged A Way With Words, culture, humor, jungftak, language, linguistics, mountweazel, names, NPR, publishing, words. Bookmark the permalink.