Funny Names All Over at the 2014 Oscars!

Hey-o and Happy Monday to all you funny name lovers! Last night was the 2nd most glamorous night of the year in Southern California, right behind the annual San Diego Kale Festival. It’s a blast.

That’s right, I’m talking about the Academy Awards. To our great delight watching at home, a number of funny named winners, nominees and attendees were present for the festivities yet again. Let us begin our recap of the evening’s best named participants.

Lupita N’yongo, a Mexican-born, Kenyan-raised, Yale-trained actress took home the Oscar in the Best Supporting Actress category for her role in 12 Years a Slave. Her fine, touching, eloquent speech hinted at those cultured origins and one must say having seen the film that the award was most deserved. Let us yelp out three N’yongos in her honor. 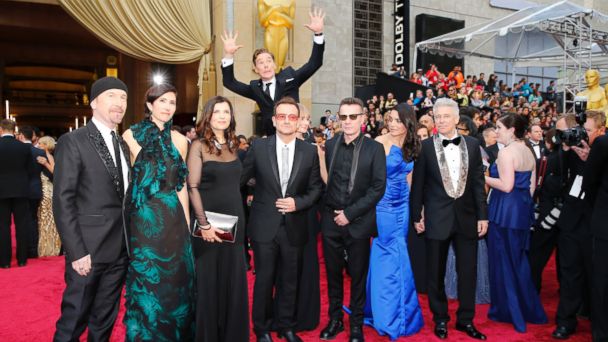 Also among great things in life, this magnificent Cumberbatch photobomb. What a man.

My second favorite winner by name has to be sound mixer Skip Lievsay, who won his first Oscar in five tries for the space adventure Gravity. His team is full of finely named folks, Skip sharing the award shared with Niv Adiri, Christopher Benstead, and Chris Munro. Congrats to these fine sound persons.

In Sound Editing, the award also went to Gravity, which meant that Wylie Stateman and Brent Burge were among the runners-up. They certainly deserve solid name awards if nothing else.

In the adorable old lady category, Dame Judi Dench had strong competition from June Squibb, who in addition to her wonderfully fun to say name, also put together a terrific performance in Nebraska. The film Nebraska, not just the state. I’m sure many people have done wonderful performances in Nebraska for various reasons, but they wouldn’t be celebrated at the Academy Awards now, would they silly? Pffft.

Finally, a shoutout to the Cinematography category, where Emmanuel “Chivo” Lubezki edged out Phedon Papamichael at the ceremony. Great names all around.

Did y’all watch the show too? See something super funny I forgot to mention? Write on in below the line.

Co-founder of the Funny Names Blog, Hawaiian shirt enthusiast, and holder of a funny name himself with too many vowels for any sensible person. Currently residing in San Diego, California, scouring through obscure documents on a hunt for more funny names. www.funnynamesblog.wordpress.com
View all posts by Arto →
This entry was posted in Uncategorized and tagged 2014 oscars, Benedict Cumberbatch, funny names, humor, oscars, silly. Bookmark the permalink.