Funny Names in the News 80, Where we Celebrate Norms while taking the road less Travell-ed 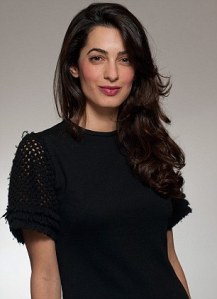 Happy Friday everyone! Here at Funny Names Central, that means we’re gettin’ rowdy rowdy and ’bout it ’bout it!

Starting off this week’s Funny Names in the News is our Stunning Star-Studded Celebrity Correspondent Amb!, who made a special trip over to our FNITN Tip Center to drop off a dandy of a name for this week’s edition. A-lister (and Arto’s hero) George Clooney is engaged, to none other than Amal Alamuddin! And according to the always quotable Amb, “he bought her something really shiny to celebrate !!”

In sporting news, young boxer Travell Maizon is gaining a lot of attention for a particularly swift left hook that ended a recent bout against Antonio Sanchez early in the first round. You’ll never be able to guess which correspondent provided this one. 😉

From showbiz to boxing to local British politics, our Shadow Chancellor of the Exchequer Correspondent Arto delivers a doozy from England, where:

“THE prospective parliamentary candidate for Thurrock (Lab) Polly Billington has reacted with anger at the news that the Purlfeet and West Thurrock areas are in the “top ten” in the UK for unsecured loans.” … Sounds serious – Arto

Sounds serious indeed, my friend! In more saddening news, retired NBA legend Mookie Blaylock was indicted by a jury for a fatal car wreck that killed two people. We hope justice is served appropriately and hope for the best out of this unfortunate situation.

Norm Groot: Awesome name. Awesomer mustache! Could it be love?

Arto, our very own Huell Howser (who ain’t never seen a dog eatin’ an avocada!) brings us some meta-level news, where fabulous (and fabulously mustachioed) reporter Norm Groot discusses in The Californian that, without context, reporting is shallow. It’s a good, thoughtful piece.

Moving on to things that Rob really cares about, but Dave somehow finds, the awesome comedy site Wrestlecrap.com delivers a report – based on a tip by one Autrach Sejanoz – about a silly match, in an article entitled It Came from Youtube: Can You Handle the Bread-Eating Death Match!

Now then, my usual approach with a title like that would be to assume that there’s no way the article can top the headline. However, the brief blog post actually features a delightful (and pop culture-savvy) set of bread puns that are really worth checking out. 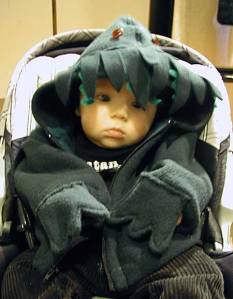 A Cthulhu Baby! Isn’t it adorable?!?

Rounding out this week’s Funny Names in the News is Canadian Baby Names Correspondent, Mister Arto, who posted something so good I’ll just repost it verbatim:

Stephen McLaughlin crowd-sourced the name of his daughter. Perhaps wisely, he decided against the crowd favorite Cthulhu All-Spark McLaughlin and went with a more conventional choice in Amelia Savannah Joy McLaughlin, choosing the second place faves from both the first and middle name categories.

Sooooo much goodness! This totally made my Friday sweeter than a day waking up to Tupelo Honey! Enjoy your Friday, and until next time, don’t count your chickens before they hatch, because they may come home to roost!

Based out of San Diego, California. Co-founder of the Blog of Funny Names. funnynamesblog.wordpress.com
View all posts by Dave →
This entry was posted in Funny Names In The News, Uncategorized and tagged entertainment, George Clooney, humor, humour, internet, names, poetry, sports, writing. Bookmark the permalink.

15 Responses to Funny Names in the News 80, Where we Celebrate Norms while taking the road less Travell-ed