Dennis Rodman in Space, and Actual News in Funny Names in the News 86!

Happy Friday everyone! Can you believe it’s already 53 years since Kuwait declared independence from the United Kingdom? I know! So crazy. Happy Birthday, Kuwait!

We open our Friday news update with a report from our Boxing-the-Sport, not Boxing-the-Putting-Things-in-Boxes Correspondent Dave.

“Dewey Bozella was an amateur boxer falsely convicted in 1983 for the murder of an elderly woman. 26 years later the conviction was overturned and Bozella was released, and he won his pro debut in 2011 at age 52 on the undercard of Bernard Hopkins vs. Chad Dawson I. (The only time in recent history where Hopkins hasn’t been the oldest guy on the card). His story was turned into a documentary, The Dewey Bozella Story, which has now shown up on Youtube.”

Thanks Dave! Moving on to the world of music, where Stringing-us-along-haha-get-it? Correspondent Dave tells us the Strokes bassist Nikolai Fraiture and Erika Spring- led Brooklyn band Au Revoir Simone recorded a neat version of Mazzy Star’s Fade into You. Go ahead and listen to it over here.

Hey guys, what do you think about space? It’s so, like, big and stuff! And, if you think about it, we’re totally all in space right now! Whoa man. That’s wild. Wow. Anyway, space is back in the news thanks to magical entrepreneur Elon Musk, who wants to put a man on Mars within 12 years. Which man, he did not specify, but it’s possible that it’s Dennis Rodman. 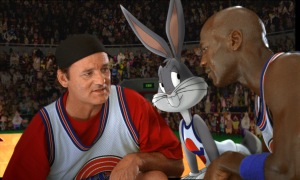 Here’s an image that’ll confuse a person who’s never heard of this film.

It’s been a good two paragraphs without any boxing news, so let’s go back to [This one was from Mark!!!] in the Funny Names Corner for some further coverage :

“McWilliams Arroyo landed only 9 blows in his fight against previously undefeated Phillipino Froilan Saludar, in their IBF flyweight title eliminator bout in Bayamon, Puerto Rico last night.   But he punched out Saludar’s lights with that 9th one, giving  him a second round KO victory, and improving his record to 15-1 with 13 KO’s.  Still, with one loss he remains the black sheep among  boxing’s two sets of funny named identical twins.  His brother McJoe Arroyo, as well as both of the Charlo twins, Jermell and Jermall, remain undefeated.”

That’s it for your dose of funny names in the news for the week, check back next week for more!

Co-founder of the Funny Names Blog, Hawaiian shirt enthusiast, and holder of a funny name himself with too many vowels for any sensible person. Currently residing in San Diego, California, scouring through obscure documents on a hunt for more funny names. www.funnynamesblog.wordpress.com
View all posts by Arto →
This entry was posted in Uncategorized and tagged entertainment, humor, humour, sports. Bookmark the permalink.

11 Responses to Dennis Rodman in Space, and Actual News in Funny Names in the News 86!