Doctoring Coats and Chock-Based Conjecture in Funny Names in the News Vol. 94

Happy Monday everyone! I trust everyone’s weekend was chock full of excitement, fun times, relaxation and dill pickles (for those that enjoy those). Chock full. What’s a chock anyway? Send us your musings on chocks when you have a chance!

But before we get all stuck on the curvatures of etymology (also coincidentally the title of my first rap album from 2001), let’s take a look at some of the great names in the news this week!

If you like football, you probably already saw the swell one-handed catch that Odell Beckham jr.  scored some points for his team with. If you didn’t and would like to, click here. If you did, and don’t care to again, no need. If you don’t want to see it, whether you already have or not, there is no obligation for you to watch it. No purchase necessary. Offer void in Quebec. Try the veal.

In further sports news, D’Brickashaw Ferguson and Jaiquawn Jarrett both played as the New York Jets lost for the 11th time this season, this time to the pillagin’ Minnesota Vikings. Goes to show you that just having amazingly named athletes on your side isn’t enough sometimes. 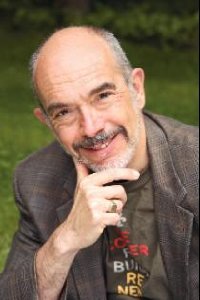 Also on TV, a show called Justified. I’ve never seen it, but it’s already flowing onto its sixth season and the word is good. Starring Timothy Olyphant and Walton Goggins, it’s set in the Appalachian mountains and based on Elmore Leonard books, so it’s sure to be interesting.

And it stars Walton Goggins, which is like the greatest name ever.

We end our coverage with our traditional peek into lady doctor garb. Pittsburgh doctor Dr. Leslie Latterman has designed a doctor’s coat that fits women better and is more comfortable to do doctoring in. Her friend Dr. Ariella Reinherz is also mentioned in the article as a big fan of the new design. Way to go, doctors!

Co-founder of the Funny Names Blog, Hawaiian shirt enthusiast, and holder of a funny name himself with too many vowels for any sensible person. Currently residing in San Diego, California, scouring through obscure documents on a hunt for more funny names. www.funnynamesblog.wordpress.com
View all posts by Arto →
This entry was posted in Uncategorized and tagged doctoring, football, funny, names. Bookmark the permalink.

20 Responses to Doctoring Coats and Chock-Based Conjecture in Funny Names in the News Vol. 94