Ingram Berg Shavitz, better known as just Burt, has one of the more famous beards in America. It adorns all of the products of a billion-dollar company, Burt’s Bees, which he co-founded some thirty years ago and is now the “#1 natural brand” in America.

Burt is a fascinating character. I just watched a lovely documentary about him, Burt’s Buzz (on Netflix now!) and can therefore tell you  a few things about him. 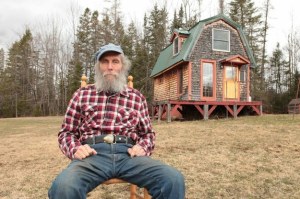 Ingram “Burt” Shavitz, who clearly objects to the name “shavitz”.

He has a marvelous long beard, which has been a trademark of his for decades. Today it’s an actual trademark as part of Burt’s Bees product packaging as well, which is more than you can say for most people’s facial hair (ZZ Top being a possible exception).

But Mr. Shavitz wasn’t always a mountain man. He was born in Long Island, New York, and for a while in the 60’s and 70’s was a very successful photographer in the city, first for a Jewish weekly paper, then for Time magazine. He took a lot of great pictures, and snapped shots of big important folk™ including Malcolm X and JFK. All sorts of people with letters as their name, really.

He eventually tired of life in the concrete jungle and like many reasonable people would, decided to move to rural Maine to live in a small cottage with no running water or electricity. He then became a beekeeper when someone offered him some bees.  You all know how it is, someone offers you bees, you can’t just turn that down. 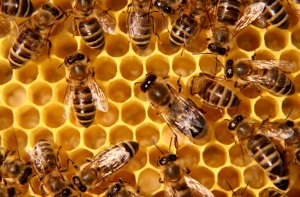 Burt began making some honey and selling it to local natural food stores, the modest beginning of the now huge company that bears his name. He then met the well-named Roxanne Quincy when he picked her up as a hitch-hiker. They hitched up together in Burt’s shack and she started making all kinds of things from Burt’s leftover beeswax. This enterprise eventually made them both rich, though you couldn’t tell from looking at Burt.

He’s the homebody sort, for whom a good day is when no one comes by. He used to not be listed on the phonebook, having his two dogs in there instead. Of course, today the only people in the phonebook are the ones who signed up twenty years ago and forgot to cancel.

Burt  still lives in a small house with no electricity, and doesn’t seem to miss it. He threw out his last TV in the 60’s ‘because it needed a lot of repair work’. Imagine that, he probably has no idea who killed JR or anything.

Who would ever want to kill this guy anyway? He’s adorable.

Goes to show you, find what makes you happy and do that. Life will take care of the rest.

Also, when someone offers you bees, take ’em.

Co-founder of the Funny Names Blog, Hawaiian shirt enthusiast, and holder of a funny name himself with too many vowels for any sensible person. Currently residing in San Diego, California, scouring through obscure documents on a hunt for more funny names. www.funnynamesblog.wordpress.com
View all posts by Arto →
This entry was posted in Uncategorized and tagged bees, burt, entrepreneur, funny, funny name, humor, humour, maine folk. Bookmark the permalink.