In Honor of Presidents’ Day, We List Some of the Funniest Names of World Leaders Today!

Hello hello! The Blog of Funny Names has been on a short hiatus but we return today to celebrate what is Presidents’ Day in America. Also known as Washington’s Birthday, Lincoln’s Birthday, Washington and Lincoln’s Birthday, or the unapostrophized Presidents Day. As fitting a holiday that everyone forgets until it’s there, no one knows what it’s actually called.  In many places it’s also celebrated as “Buy a crappy new Chrysler at 40% off” day, but under no circumstances should you go and do a thing like that.

In honor of Presidents(‘) Day, we’re going to take a look around the world today to find the funniest named heads of state out there. So here’s the proof for all you oddly monikered folks dreaming of world (or small island nation) domination, it can be done! Just follow the lead of these wonderfully named leaders below.

The small Asian nation resting on the Himalayas is led by dreamy 34-year-old Wangchuck, who rose to the throne after his father abdicated his position in 2006. Having studied abroad extensively in exotic locations like Andover, Massachusetts, the young Jigme eventually graduated from Oxford University. As a cool bonus, the king of Bhutan is generally referred to a as a “Dragon King”, which is pretty neat. Imagine that on your business card. 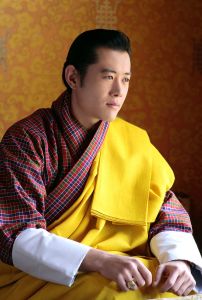 Josaia Voreqe Bainimarama, delightfully known everywhere as just Frank, has been the Prime Minister of the beautiful island nation of Fiji since 2007. He also topped the charts with Cruel Summer and Na Na Hey Hey in the 80’s. All eight graders in our readership will also be pleased to find he holds the naval rank of Rear Admiral.

Edgar was only elected President last month, becoming one of the most recent heads of state in the world. Yay! We can only be pleased he did, as he replaced the considerably more run-of-the-mill Guy Scott, who was acting as President following the previous leader’s death.

The excellently named Pearlette is the first woman to hold the position of St. Lucia’s Governor-General, duties of which include general governing and such. 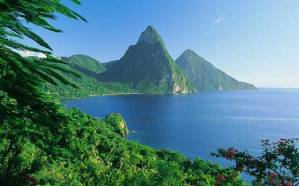 In case you’ve never heard of St. Lucia, it’s one of these types of places. Yeah. Nice.

The President of Madagascar becomes the latest holder of our coveted Copy-and-Paste honors, because I can’t even begin to count the syllables contained within that name. Elected in January 2014, among his goals as President will be the continuation of the lucrative animated film franchise bearing his island’s name, and perhaps adapting to the new reality of a greener world by changing the name of the country to Madaelectriccar.

Honorary mention to the already profiled Nigerian leader Goodluck Jonathan, and a special note is required about the former president of Zimbabwe, the Honorable Canaan Banana, who upon reaching the throne in 1980 passed a law banning his citizens from making jokes about his name. We’re just glad such laws do not exist here in America. Thanks George Washington! Happy Birthday!

Co-founder of the Funny Names Blog, Hawaiian shirt enthusiast, and holder of a funny name himself with too many vowels for any sensible person. Currently residing in San Diego, California, scouring through obscure documents on a hunt for more funny names. www.funnynamesblog.wordpress.com
View all posts by Arto →
This entry was posted in Uncategorized and tagged funny, funny names, humor, humour, list, presidents. Bookmark the permalink.

17 Responses to In Honor of Presidents’ Day, We List Some of the Funniest Names of World Leaders Today!