Funny Names in the News Vol. 99 – Having a Latte with Genghis Khan

Hey everyone! It’s Friday again! You know what that means, Funny Names in the News time, oh yeah!

We start with some happy news, as not at all ludicrously named rap artist Ludacris and his fiance Eudoxie Mbouguiengue are expecting their first child. We congratulate the happy couple and hope to find out they’ve chosen a great name for the newcomer. Perhaps they’ll pull bold naming inspiration from Ludacris’ manager Chaka Zulu.

Elsewhere, I’m glad to tell you our Funny Names in the News Senior Research Fellow Dave has been reading New Yorker magazine articles from 2013 and landed on one about adventures in Mongolia. The author talks about a meeting with conservationist Tsetsegee Munkhbayar, describing their meeting as like “having a latte with Genghis Khan.” That sounded like such a fabulous phrase that I went ahead and googled it, finding it has never been used before. Hopefully we can find many uses for it in the future. 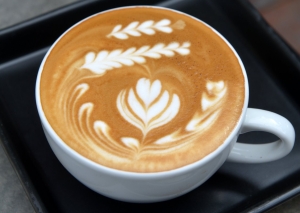 Speaking of lattes, there’s a particularly good one in Washington. Only this latte serves us. Congressman Bob Goodlatte (I can’t believe I’m only just now hearing this name for the first time) released a statement this week regretting the closure of the sweetly named Sweet Briar College in Virginia. The very very sweet President Elizabeth Kiss of nearby Agnes Scott College also released a statement clearly saddened about the fate of Sweet Briar, although padding said statement with much detail on why her college is totally better.

In more heartwarming “news”, I’ve been informed that a couple of old people are now quite old indeed. Duranord and Jeanne Veillard celebrated their 82nd wedding anniversary recently, which makes their marriage nearly as old as Clint Eastwood. The 105-year-old Mr. Duranord still reportedly begins his mornings with oatmeal and pushups. Something to aspire to.

Or actually, heck, I don’t want to be still doing pushups and 105. Get outta here. That’s the age for sitting on a beach with an unending supply of margaritas and cigars, because really, what’s the worst that could happen?

This is about as close to coffee with Genghis Khan as I could get.

Co-founder of the Funny Names Blog, Hawaiian shirt enthusiast, and holder of a funny name himself with too many vowels for any sensible person. Currently residing in San Diego, California, scouring through obscure documents on a hunt for more funny names. www.funnynamesblog.wordpress.com
View all posts by Arto →
This entry was posted in Uncategorized and tagged coffee names, colleges, funny, humor, ludacris. Bookmark the permalink.

14 Responses to Funny Names in the News Vol. 99 – Having a Latte with Genghis Khan