Funny Names in the News 100! The Mega Sized Centenarian Edition

Hello everyone, Dave AND everybody’s favorite Finn, Arto here (and hold tight, because there’s another blogger returning for a triumphant cameo)! We’re doing a post together, for the first time in… a very long time, because today marks a very important event*: Funny Names in the News turns 100!!! We’ve come a long way since FNITN debuted back in the “Florence Colgate” era, and we’ve seen 100 weeks of noteworthy names in the news. To celebrate, we’ve decided to take a look at some of our fellow centenarians. Over to you, Arto!

Arto: Yes, we are going to take the opportunity of the 100th Funny Names in the News to celebrate people who have reached 100 years in another, perhaps less prestigious field. One called life. (Electric word life, it means forever and that’s a mighty long time, but…Hmmm, I seem to have veered off course.)

A bundle of animal crackers, earlier. This batch likely untouched by Schreckengost hands.

Arto: Let’s do it, Dave! Diving right in, I’m delighted to report that a relative of an old blog favorite appears on our list. Viktor Schreckengost, who lived to the respectable age of 101, was a hugely influential industrial designer and artist, and best of all, related to baseball great Ossee Schreckengost!

Dave : Ossee Schreckengost!!! One of the first posts I ever wrote! That guy’s a legend. Remember when Rob used to post awesome stories about Rube Waddell and Ossee Schreckengost? How Ossee’s contract demanded that Rube not eat crackers in the bed they shared? Those were different times!

Arto : That’s right, Dave! No word on Viktor’s penchant for animal crackers though.

Next up, we look at legendary Hong Kong businessman and filmmaker Run Run Shaw, who along with his brothers founded Quentin Tarantino’s favorite Asian film studio, the imaginatively named Shaw Borthers Studios. Run Run proved his longevity by marrying his second wife in Las Vegas at the age of 90, as you do. He was also a huge fan of Mr. Bean, proving once again that laughter helps you live to 106, even if you’re laughing at a mute Englishman incapable of completing even the simplest human task without soiling himself.

How this scenario unfolded is unclear. What is clear is that if you saw it and your name is Hildegaard, you will surely live to the age of 187.

As a funny name bonus, Run Run’s nickname as a child was Uncle Six, because he was the sixth child. How they got to uncle from there, I’m not sure, Dave.

Dave : Everything can be called uncle. Case in point, the region containing your brain’s amygdala is called the “uncal region.” If you get uncal transtentorial herniation, then bad things happen… large pupils that don’t react to light, potential loss of consciousness. OK, I need to stop! Less med school… more names, more names!

Arto : I’m glad you said that, Dave. Whatever it is you just said.

Oh I got more of where those names came from, all right. Famous actors and entertainers who lived to 100 and beyond include Oscar Brodney, Olaf Pooley, and everyone’s favorite Latin American ventriloquist, Señor Wences.

Dave: OMG!!!! I LOVE SENOR WENCES!!! s’alright? s’alright?!? Seriously, last Thanksgiving that’s what my family and I watched in a nice cabin. 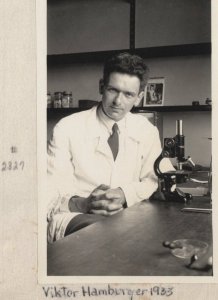 Dave : This is the best thing!!

Arto : Whoa, was that a baseball? Yikes, something just flew by and shattered a window behind us!

Arto : Are you saying someone particular might be nearby?

Dave : Hmm… hadn’t thought of that…

Wait… I have a strange feeling… a feeling I haven’t experienced in a while….

Yes, Rob really is that tall… tall enough to tower over six-foot-one* Dave.

My tall brother Rob is taking a break from his busy consulting work in the LA area to once again grace us with his presence and esoteric baseball knowledge, and to pitch in with his info on funny named centenarians from the world of baseball!!!! He’s written 54 posts for us, but life got busy and we haven’t seen him since he let us know about Dizzy Dean, Daffy Dean and the Gashouse Gang in January 2014! Welcome back, bro!

Rob: Thanks Dave, it’s good to be back! We have a few doozies from the “baseball centenarians” crew today:

Theodore Roosevelt Radcliffe (1902-2005) had quite a name as it was. Yet Radcliffe may be best known as “Double Duty” Radcliffe, a nickname gained after he caught one game and pitched the next during a Negro League World Series doubleheader. As a writer put it, Radcliffe “was worth the price of two admissions.” Apparently, he also felt the need to live two lifetimes in one.

Howard Hoffman “Howdy” Groskloss (1906-2006) was your typical Ivy League gynecologist second baseman. Yes, you heard that right. Howdy played three seasons as a second baseman for the Pittsburgh Pirates, amassing a respectable .261 batting average with 21 RBIs over his short career. Yet he wasn’t a guy who just liked to hit. Howdy attended Yale while playing for the Pirates. After his career, he became a gynecologist, and also served as a flight surgeon in the Navy during WWII. I guess it’s not surprising that a doc would live past 100. However, he had to survive some Poison – in the form of Hall of Fame teammates Paul “Big Poison” and Lloyd “Little Poison” Waner – to get there. (those are two of my favorite ballplayer nicknames!) He also played with a guy named Pie – Hall of Famer Pie Traynor, that is. Practicing gynecology must have felt pretty mundane after getting to play with the likes of those guys. But who said ballplayers can’t make good docs? (okay, no one has ever said that)

Dave: I certainly wouldn’t say that!

Arto : I think I said that once in the summer of 2006, but I may have been under the influence of some spoiled tomatoes at the time.

Dave : That’ll do it. Well folks, it’s been a wonderful ride. Thanks for joining us for 100 wonderful FNITNs, and hopefully we can find some 200-year-olds when we finish our next hundred! Enjoy your Fridays, everybody! See you next week…same FNITN time, same FNITN channel!

Co-founder of the Funny Names Blog, Hawaiian shirt enthusiast, and holder of a funny name himself with too many vowels for any sensible person. Currently residing in San Diego, California, scouring through obscure documents on a hunt for more funny names. www.funnynamesblog.wordpress.com
View all posts by Arto →
This entry was posted in Uncategorized and tagged age, baseball, centenarians, humor, humour, lifestyle. Bookmark the permalink.

12 Responses to Funny Names in the News 100! The Mega Sized Centenarian Edition