The Funniest, Strangest and Most Impressive Names of NCAA March Madness 2015 : Complete Your Funny Name Bracket

Hello basketball fans and funny names enthusiasts! Today we bring these two fine groups of people together to celebrate the greatest, most uniquely piquant, and fantastically humorous names in college basketball. Yes, we’re going deep into the NCAA March Madness tournament of 2015, and I’m bringing my big sack of superlatives today. Oh yeah!

As the tournament gears towards the Final Four stage this weekend, I’m going to eschew the tournament bracket format and categorize the finest names by completely arbitrary means instead. But do scroll on down to the bottom to vote for your favorites, and perhaps we’ll run a tournament with the best of the best later! You never know, it’s March Madness (strictly speaking April but Madness does not care for calendars).

There are plenty of funny names in the final 64, but a tournament that contains a team called Butler should have its fair share of distinguished gentleman names. Here, 2015 does not disappoint. Here is your Final Four in this category :

Pleasing to see that Butler was kind enough to include someone who sounds like they could be an actual butler in their lineup. Being a Sir is obviously so distinguished, that Mr. Pointer’s success in the sport could be attributed to the opposition having to bow every time they come across him on the court.

A funny name for you, sir?

Moving on to the vaunted “There’s Just a Nice Ring to It” category. Our finalists are :

Denzel Valentine’s debut album, “Just for You Babe (P.S. There’s Chocolate in There)” is available in your local Starbucks now.

Tough match-up here, but since their first names rhyme I’m going to award them both as winners. Hooray!

What Kind of Name Is That? Merit Award

These Just the Best to Say Category

Scoochie is the best name I’ve ever heard, and acts as a perfect counterbalance to the rather ordinary Smith. This, is in my opinion, one of the better names in basketball. And there’s some competition out there.

It makes sense that they would like their puns clean in Iowa. Great alliterative names are also always welcome here, as are basketball players named after Rhythm & Blues singers. 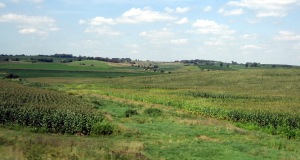 Well, that’s it for the Funny Names Blog 2015 March Madness roundup. Hope you enjoyed some of these names, and feel free to vote for your favorite from each category below!

We here will be rooting for Michigan State in the Final Four, as they’re the only team left in the tournament with any representatives in our roundup, and they’ve got two! Go Michiganders!

Co-founder of the Funny Names Blog, Hawaiian shirt enthusiast, and holder of a funny name himself with too many vowels for any sensible person. Currently residing in San Diego, California, scouring through obscure documents on a hunt for more funny names. www.funnynamesblog.wordpress.com
View all posts by Arto →
This entry was posted in funny names in sports, Funny Names In The News and tagged basketball, bracket, butler names, funny basketball names, humor, march madness, odd names, vote. Bookmark the permalink.

17 Responses to The Funniest, Strangest and Most Impressive Names of NCAA March Madness 2015 : Complete Your Funny Name Bracket