Birthday Bang-Up: From Iggy To Oaxaca

You may have read that yesterday was long-reigning monarch Queen Elizabeth II’s 89th birthday. But it was also a day of birth for much funnier-named folk than Elizabeth Alexandra Mary. Yep, that’s her regal name. It’s not quite as interesting as singer Iggy Pop (not to be confused with Iggy Azalea, whom we profiled less than a year ago), who turned the big 6-8, enjoying his Medicare benefits while sitting topless on a couch. Does he even own shirts? And nope, Iggy wasn’t his real name. He was born James Newell Osterberg, Jr. 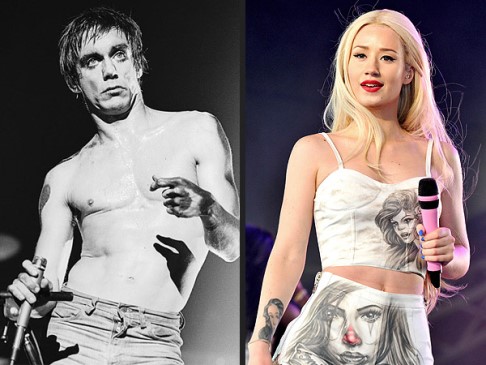 Who else ate cake yesterday? Little Jason Duggar turned 15, surrounded by many of his 18 brothers and sisters. Peace out, Jason. 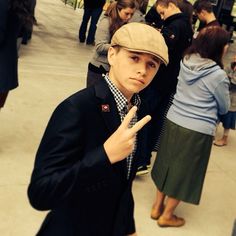 Jason, the one who fell 12 feet into an orchestra pit and broke his leg, carries a rather normal name. However, let us recall that ALL of his siblings have J names:

Joshua, twins Jana and John-David, Jill, Jessa, Jinger, Joseph, Josiah, Joy-Anna, twins Jedidiah and Jeremiah, Jason, James, Justin, Jackson, Johannah, Jennifer, Jordyn, and Josie. And that, my friends, is NOT normal at all.

Yesterday was also the birthday of actor and musician, Jencarlos Canela, whose name sounds like two names squished together. Jencarlos was the protagonist Ángel Salvador in the telenovela Más Sabe el Diablo—more than the devil knows?

Everybody’s favorite Croatian pop singer, Severina Vučković (here, let me help you; it’s pronounced sɛʋɛrǐːna ʋût͡ʃkɔʋit͡ɕ) turned 43. Her latest album, released in 2012, was called Dobrodosao u klub, which means “welcome to the club” and was probably about getting old and joining the 40s club.

Those of you in the over-40s club may remember Anthony Quinn, who would have turned 100 yesterday, had he not died at age 86. He was born in Chihuahua (yes, like the dog) as Antonio Rodolfo Quinn Oaxaca. And Oaxaca, as we all know, is one of the 31 states which makes up the 32 federative entities of Mexico, best known for its indigenous peoples, including Zapotecs and the Mixtecs. But you knew that.

Well, that about wraps it up this Earth Day. Throw your trash away and recycle plastic bottles. And if you have 19 children, please don’t give them all J names.

33 Responses to Birthday Bang-Up: From Iggy To Oaxaca