So Many Movies, So Many Odd Spellings

So many movies, so many funny names.

I come here today not to clobber you over the head with a doozie of a show-stopper. Perhaps another month.

No, since my last contribution to BoFN, I’ve sat in the darkened theater four times and then had to type-type-type-type names connected with the quartet of films for my weekly blog review and always had to check-check-check-check the funny spellings of these funny names on the IMDb site to make sure I’d gotten them right.

Shall we start backward, from yesterday’s entry?

Not singing its praises.

The Age of Adaline was the movie. Fantasy plot starring Blake Lively and Michiel Huisman.

Adaline with that second ‘a’ is correct, as much as I hated it every time I had to mention the title of the dang movie. I guess I grew up knowing too much about barbershop quartets and that song Sweet Adeline. Yes, make that my Adeline, as far as preferred spelling goes.

Blake Lively is the female lead. Obviously, looking at her above and if you know her from her successful TV run of Gossip Girl, which I don’t. And old-school me still considers Blake as a man’s name. So I sent to famousbdays.com for a little back up, and, sure enough, 26 of 28 of the photos of famous Blakes were men. I think. I couldn’t be sure about one of them. OK. Just clicked. Make that 27 of 28.

Coming down from the Throne.

I am not too happy about the second syllable of sir Huisman’s name, either, a sure trip-up to spellers in my country every time, but he gets more of a pass because he was born in Amstelveen, Noord-Holland, where Michiels may indeed outnumber Michaels. Games of Thrones fans may be comfortable with his name in every way by now, but, again, I don’t watch. Please finish reading before you bash me. 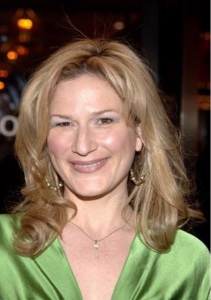 On and on and on.

Last week’s viewing of Paul Blart: Mall Cop II offered the chance to gape at the silliness of Ana Gesteyer, playing the wife of a security guard. Fine comic Ana — pedigreed from her six-year stint on Saturday Night Live in its early days, no less — was wallowing in a poor picture as much as the rest of the cast, leaving me plenty of time to wonder where her parents put the second ‘n’ when she was born in Washington, D.C. So do we say Anna, flat, or Ana, long? OK, all sites report On-ah. 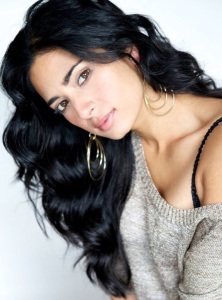 In Danny Collins Aarti Mann played Nurse Nikita. She had a smallish role, but a face I remembered from a TV show I actually watch. Aarti played Priya Koothrappali for two seasons on The Big Bang Theory, sister of Raj and girlfriend of Leonard. By the way, that’s a stage name. She was born Aarti Majmudar in Connecticut.

Furious 7 brought Ramsey into the gang, a computer code wizard played well by Nathalie Emmanuel. I had to reach hard to strike that “h.” But I accomplished it for this Englishwoman, who also appeared in Game of Thrones.

All photos come from IMDb.

Mark Bialczak is a veteran journalist. He started his blog, markbialczak.com, in February, 2013, to write about music, entertainment, sports and life.
View all posts by markbialczak →
This entry was posted in funny names in movies and tagged Aarti Mann, actors, Ana Gesteyer, Blake Lively, Michiel Huisman, Nathalie Emmanuel, The Age of Adaline. Bookmark the permalink.

22 Responses to So Many Movies, So Many Odd Spellings