The FIFA Women’s World Cup started a week or so ago and has already featured some very entertaining and exciting games, as well as some whoa-inducing trickery.

To add to the fun of the actual World Cup action, we here at the Blog of Funny Names decided to put together a Funny Names 11 from the tournament that we feel could challenge for all kinds of trophies. Or at least bring some smiles on everyone’s faces.

Without further ado, here are the eleven best names from the 2015 Women’s World Cup.

Any team needs a goalkeeper, and Team USA’s headline hogging Hope Solo will slot nicely in any Funny Name 11 with her action hero-esque name.

Oh look, another goalie. Oh well, we’ll bend the rules a bit to include the Netherlands team’s reserve keeper, who her teammates will be hoping can save them, even if they make sinful mistakes during a game. 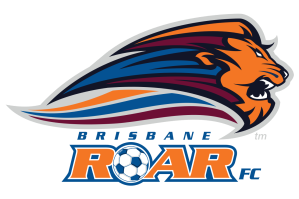 Beware the Brisbane Roar and their multicolored lion kite logo.

Australia’s 23-year-old midfielder Tameka Butt is surely every nine-year-old’s favorite name (and those with 9-year-old minds, yours truly included). Playing in her home country for last year’s champions Brisbane Roar, she’ll be hoping to make an impact at the World Cup and not just end up the butt of bad jokes.

We could honestly pick half the Dutch squad to appear in our team but I will arbitrarily limit their players to just two spots. Midfielder Desiree van Lunteren has that special ring to her name that pleases the ears, so she gets the nod at #8.

This veteran of the Kiwi midfield plays professionally in Sweden for Vittsjö GIK. The name Yallop sounds like it should be a verb of some sort. She yalloped through the opponents’ defence like wombat through a fence.

I don’t think any explanation is necessary here. Once you Popp, you can’t stop.

The idea of commentators shouting out this Japan star’s last name during matches is pleasing, as they’ll inevitably sound alarmed regardless of what is actually happening in the game.

Speaking of commentators, it is always good entertainment just listening to them struggle with the truly exotic names. The Thailand team is full of multi-syllabic beauties like the Bangkok FC midfielder Boothduang.

A third goalkeeper? The trend is clear, goalies have the best names.

The French defender Mbock Bathy has three names that all sound like they could be perfectly at home in different national teams. Bonus points for France being coached by the jolly sounding Philippe Bergeroo.

Esther Sunday battling for the ball.

Thanks for reading, everyone go tune into the games today and then head back here to the blog to discuss the great names you spot during the tournament!

Co-founder of the Funny Names Blog, Hawaiian shirt enthusiast, and holder of a funny name himself with too many vowels for any sensible person. Currently residing in San Diego, California, scouring through obscure documents on a hunt for more funny names. www.funnynamesblog.wordpress.com
View all posts by Arto →
This entry was posted in funny names in sports and tagged best names, fifa, humor, humour, soccer, sports, world cup. Bookmark the permalink.