There’s lots of talk in the news about economic matters these days. There’s the Greek crisis, which in my personal life is the term for the disappointingly short weekend hours of my local gyro place. There’s always “the economy, stupid” when elections come around.

So we at the Blog of Funny Names wanted to get in on some of that sexy economy talk.

Unfortunately, we don’t know anything about economics, especially not how the local donut shop stays open while selling their pastries at 25c a piece. What we do know is funny, strange, and amusing names, and we’ve scoured through every economics textbook written in the last four hundred years to find the best names of the field for this article*.

Bamberger was a notable figure in the German economic circles of the mid and late 1800s, co-founding Deustche Bank and acting as the leading financial and economic authority in the country. He is also the origin of the term “wigging out”,  referring to him always losing it when the quarterly projections came in “totally out of wack”, as economist like to say.*

Bamberger should get some credit for pointing the German banking system to the direction where they eventually decided to put this dude on their 1000 mark bill.

This San Francisco born economist is currently a professor at Princeton University, and a winner of the presumably prestigious Jacob Mincer award. In a potentially wise career move, he has also recently become the President of the American Association of Wine Economists and editor of the Journal of Wine Economics. I too, recall studying wine economics in university by comparing the alcohol content and price of various bottles most Friday nights for the most potency for your buck.** It’s a noble life.

Mr. Price Van Meter Fishback clearly has the best name in the business, but he’s also a very influential economic historian. His contributions to cliometrics have been widely praised by the Cliometric Society. Cliometrics, in case you’re wondering, is just a cryptic way of saying “the study of history of economics”. It does sound much more interesting than cliometrics, doesn’t it? It’s like calling Iowan corn price index research redenbachmetrics.

Norton Garfinkle, in addition to his work in economics, seems to have had an extraordinarily successful career founding and working with companies that have the most generic names imaginable, and then selling them to other giant generically named companies.

For instance, his Advanced Retail Marketing Corporation was sold to News Corporation in 1996. He also founded or served as chairman of Brand Rating Research Corporation, Electronic Retailing Systems, and Oral Research Laboratories. Hey, can’t knock it when it works. I’m off to work on my Silicon Valley startup, Computer Internet System Company Incorporated. 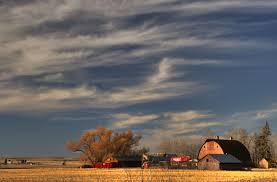 A farmhouse in Alberta, earlier.

This economist from rural Alberta, Canada has a very entertaining Wikipedia page. For instance, it says that Ms. Wooders, who teaches economics at Vanderbilt University, currently lives “in Nashville, Tennessee, with her plants”. We do not learn more about these plants, but let’s hope there are some money trees in there. We also learn that she’s made great contributions to game theory, public economic theory and network theory. However, we learn more about her efforts shoveling snow on her Alberta farm at age 9 than any of those topics. I for one appreciate the thorough biography.

This concludes our economist roundup, stay tuned for more grand names coming up!

*This may or may not be true.
**This is definitely true.

Co-founder of the Funny Names Blog, Hawaiian shirt enthusiast, and holder of a funny name himself with too many vowels for any sensible person. Currently residing in San Diego, California, scouring through obscure documents on a hunt for more funny names. www.funnynamesblog.wordpress.com
View all posts by Arto →
This entry was posted in Uncategorized and tagged economics, funny names, germany, humor, money. Bookmark the permalink.

25 Responses to Where’s the Money, Lebowski? Let These Funny Named Economists Tell Us