Funny Names in the News 109, where we celebrate the 80’s and a Birthday Announcement

Could it be Friday again already?!? Totally mah’gotally folks!

I swear that’s a phrase! Someone told me it was last week, so it’s gotta be true. Tall buff redhead dudes don’t lie! 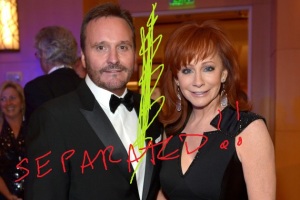 Reba and Narvel, with original (and highly instructional) artistic modifications by the BoFN’s very own Dave!

Speeeaking of redheads, and awkward transitions, it appears that country music legend Reba McEntire (whose middle name is Nell) and husband Narvel Blackstock have announced their separation after 26 years. 26 years! That means they were married in the 80’s.
.

Word on the street is that Kelly Clarkson tried to stop them from separating, but to no avail. Our best wishes to Reba and Narvel during this challenging time.

Spuds MacKenzie – not only a man, but the guru of good times!

We next move on to other news from the late 80’s (we’re really pushing the envelope on this one!) and bring you the news that Bud Light featured a magnificent spokesdog in the late 80’s, known as Spuds MacKenzie. Spuds is described as a “super cool, wealthy, woman-loving bull terrier,” with the added catch that Spuds is not in fact a dog, but Anheuser Busch insists Spuds was actually a man!

I’m gullible enough to believe that!

Moving on to someone who is definitely a man, but who is also Awesome…. American amateur boxer Cam Awesome (nee Lenroy Thompson) narrowly missed out on a medal at the recent Pan-American games, but he won the hearts of many with his delightful post-fight interview, in which he addressed the burning questions we’ve all wanted to know.

Hard to argue with that. Awesome, who changed his name to Cam F. Awesome following a series of odd events with the U.S. Olympic team, has Olympic dreams for 2016. No word yet on what F stands for, but I hope it’s something awesome like Francesco!

So that’s it for Funny Names in the News, Edition 109. All the news that’s unfit to…

There most certainly is! The BOFN’s very own ARTO will be celebrating his birthday on Monday (but hopefully a lot more days than just Monday)!

Rumor also has it that this youthful chap will be turning the page into another decade, and that if you write his new age in Roman Numerals, it will need to go in a special section at the video store! Video stores… they totally still have those, right?

Look, I even made a special card for the occasion!

So that does it for Funny Names In The News 109! Until next time, make sure to wish your favorite Finn a happy birthday, even if his birthday isn’t until Monday!!!

Based out of San Diego, California. Co-founder of the Blog of Funny Names. funnynamesblog.wordpress.com
View all posts by Dave →
This entry was posted in Uncategorized and tagged humor, humour, music, sports, taylor swift, writing. Bookmark the permalink.

17 Responses to Funny Names in the News 109, where we celebrate the 80’s and a Birthday Announcement