A Céspedes for the Rest of Us? No, Just Mets Fans

At the end of last month, my New York Mets traded for an outfielder by the name of Yoenis Céspedes.

Yoenis Céspedes Milanés to be exact. 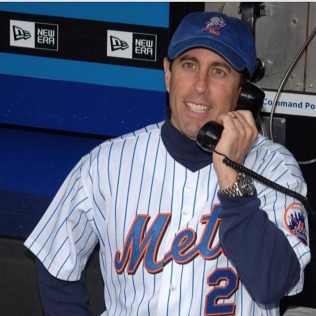 This good baseball guy is a 29-year-old native of Cuba, which means that for his life before he came north to play in the major leagues, there isn’t a whole lot of pure storytelling readily available. Wikipedia allows that his paternal name is Céspedes and maternal name is Milanés, and that he was born in Campechuela in the Granma Province. He was a member of the Cuba National Team and played in the Cuban National Series.

He came to the Major Leagues in 2012 as a member of the Oakland Athletics, but was traded to the Boston Red Sox in 2014. This year he played for the Detroit Tigers before the Mets picked him up his big bopper bat for the stretch drive for a hopeful division title.

The Mets have gone on a winning tear since acquiring Cespedes and overtook the Washington Nationals for first in the National League East. Many baseball fans have found that funny.

And check this out.

Jerry Seinfeld, funny guy no matter how you look at it, has attached himself to Cespedes via his Twitter account. First Jerry related the player’s funny name to the infamous fictional holiday from the comic’s beloved sitcom.

Then they had a discourse about Cuban sandwiches. 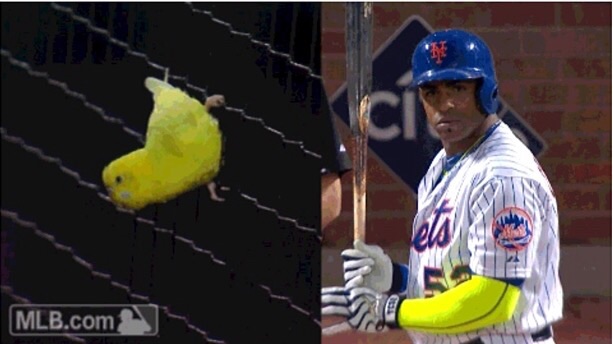 After that, a parakeet was caught by cameras at CitField, and of course the world noticed the similarity to the color wrist bands worn by Céspedes. Some now say it’s a canary. No matter. The man took to the comparison.

This is funny. And fun. Let’s Go Mets! That’s the cheer at Citi Field Céspedes is a free agent after this season. No funny business, Mets’ front office. The masses want you to sign the dude!

Mark Bialczak is a veteran journalist. He started his blog, markbialczak.com, in February, 2013, to write about music, entertainment, sports and life.
View all posts by markbialczak →
This entry was posted in funny names in baseball, funny names in sports and tagged baseball, Cuba, Festivus, Jerry Seinfeld, New York Mets, Parakeets, Yoenis Céspedes. Bookmark the permalink.

20 Responses to A Céspedes for the Rest of Us? No, Just Mets Fans