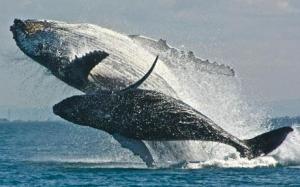 It’s not every day you see Wales make the news! It’s not a leap to understand why it did this week!

Here we come, Friday people! It’s another star-studded edition of Funny Names in the News. To tell the truth, there was a bit of a concern about this post hitting the airwaves at all, with med school back in full swing, and a certain clown (they call a clown a klovni in Finland) on a huge airplane ride back from Finland by the time you read this.

However, an extraordinarily long name came to the rescue, thanks to Mad Mark Sackler and his perceptive vision!

Here’s what Mark had to say:

With perhaps the longest name in the news since Horsey Award winner   Janice “Lokelani” Keihanaikukauakahihuliheekahaunaele‘s   2013 fight with the state of Hawaii Motor Vehicle Department, Llanfairpwllgwyngyllgogerychwyrndrobwllllantysiliogogogoch, Wales made news thanks to this spot-on pronunciation by a weatherman on British TV.     Just imagine what Janice’s passport would look like if she was born in Wales!  There could be a 2015 Horsey in the works, here, but I’m not sure if it should go to the town, or to the broadcaster in this video.    –MS

Mark adds that the family of actress Naomi Watts was actually from that town!

In sporting news, our post about Eric “Butterbean” Esch a few weeks back led to Arto chastising me about not mentioning Harry Funmaker, and for good reason!

A tiny picture of a big fella whose name brings us tons of fun! Hip hip hooray for Harry Funmaker!

While Butterbean has fought an impressive slate of opponents, none of the names caught our imagination as much as Harry Funmaker! That name is an eye-catcher! Mr. Funmaker is a retired pro boxer who twice fought Butterbean, as well as fellas like Robert Laysbad, Larry Beilfuss, and Vic Van Thiel. Since his retirement from boxing, Funmaker is now working as a Blackjack dealer at the Ho-Chunk Casino! That’s a Funmaker indeed!

Lastly, in political news, our friend Elyse from FiftyFourAndAHalf (who hopefully won’t be changing her blog’s name every 6 months) decided to gift us with this delightful tidbit:

In Colorado, Republican Robert Blaha is expected to launch a challenge against incumbent Democratic Sen. Michael Bennet due to Bennet’s support of the Iran Deal. To that we say “Blahahahahahahaha!”

A harbinger of the future “Blaha Defeats Bennet” announcement?

Well, maybe not… but our laughter might sound like that. The Blog of Funny Names does not endorse any candidate (although according to this old Independence Day post, we sometimes get sentimental about America), but one thing we do endorse is the idea that we need more funny named people in significant positions. To that end, Blaha Defeats Bennet!

Let’s see if that comes back to bite us… I can just envision Bennet holding that BoFN headline up (perhaps on his tablet or laptop?), much like Harry Truman did when he upset Thomas Dewey back in the day!

That’s it for this week! Until then, live like your name is Funmaker and don’t challenge any newscasters to pronounce convoluted Welsh city names!

Based out of San Diego, California. Co-founder of the Blog of Funny Names. funnynamesblog.wordpress.com
View all posts by Dave →
This entry was posted in Uncategorized and tagged England, humor, humour, politics, sports, wales. Bookmark the permalink.