These inspired lyrics are from the 80s hit “Do What You Do” by Jermaine LaJuane Jackson. ♫♪ I remember rollerskating to them back in the day, and thinking what a funny chorus that was. But not nearly as funny as the names of his kids, which we will discover today. Shown here is a solid handful of some of them. 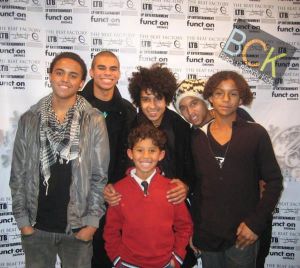 Today I learned that  it was not Michael who first parted ways with The Jackson 5. It was Jermaine. While his brothers decided to leave Motown Records, he chose to stay. You see, Motown’s founder was Berry Gordy, and Jermaine was enamored of his daughter, Hazel.

He took Hazel to be his wife in 1973, while still a teen. Together, they had Jermaine, Jr and Autumn Joi (not to be confused with Almond Joy). But fidelity was not his bag, baby. Jermaine got himself a girlfriend named Margaret Maldonado, who gave birth to Jeremy in 1986. Then Jermaine told wife Hazel, “I Want You Back” and she got pregnant again and bore Jaimy in 1987. But then he kicked her to the curb for good.

According to dailyentertainmentnews.com, Jermaine and Margaret moved in together after his divorce from Hazel in 1988. Sticking with J names in the manner of The Duggars, Margaret gave birth to Jourdyn the following year. But Jermaine couldn’t stick around and change diapers. No, sir. Instead, he went on a trip to Bahrain, converted to Islam, and unofficially adopted the name Muhammad Wassab. Then he flew back home.

Things presumably went well until Jermaine decided it was time to sow his wild oats again. Blame it on the boogie. This time, he’d keep it in the Jackson family.

In 1995, Jermaine left Margaret for his brother Randy’s woman, Alejandra Oaziaza. Say it: Oaziaza. Awesome. She had already provided Randy Jackson with two kids, Genevieve and Steven, but sadly, neither of these names started with J. Alejandra, grateful that finally a Jackson wanted to put a ring on it, immediately got busy with the ladykiller Jermaine. Randy was not pleased. Jermaine and Alejandra had two sons of their own, Jaafar and Jermajesty, then adopted son Donte.

By far, the best-known of the Jermaine-issued children is Jermajesty. Yes, just like “her majesty.” Except it’s not a her at all. It’s a stylish little dude.

Jermajesty–one of those names where you think the moment that the first parent brought it up, the second parent would have immediately nixed it as over-the-top. Nope. Their bond was too strong to nix things. Wait, hold up. Their bond was weak. Alejandra and Jermaine split up in 2003.

Several long tortuous months passed before the former Jackson 5 member could change his single status on facebook. In January 2004, while in line for overpriced Starbucks coffee, he met a woman from a wealthy Afghan family. Before winter became spring, he popped the question to Halima Rashid, who agreed, despite his history of transgressions. He pledged, “I’ll Be There,” and so far, he has. With no more J-named children.

Like Loading...
This entry was posted in funny names in music, humor and tagged funny, Jacksons, Jermaine, music. Bookmark the permalink.