Welcome to another fun-filled edition of Funny Names in the News, Number 115.  We’ll start off with an amazing comment spotted a while ago on the Facebook page of the delicious Laphroaig scotch. They said Laphroaig 18 was “Emphatic. Full-bodied and utterly unforgettable.” This is true. I just tried Laphroaig 18 recently and I whole-heartedly agree.

But then even better, a commenter named Cookie Roof made a quip, and got an awesome response from the Laphroaig team. Totally worth checking out if the graphic is high-resolution enough. Let’s hope it is!

On to the return of an old friend. The BoFN’s very own ROB!!!!!! returned to write a little blurb about the playoff games from last-last weekend. Okay, I know I should have written this post on Friday. Such is life.

“Vontaze Burfict, football bad boy who seemed ready to explode throughout last weekend’s wild Bengals/Steelers playoff game – and eventually did. Looked like a hero after he pulled off what looked like a game-sealing interception, (after which he proceeded to run to the locker room with the ball, just because) until he decided to go headhunting, nailing Steeler Antonio brown with a very late hit to the head. The vicious hit, which concussed Brown, cost Burfict’s team 15 yards at a crucial moment, and played a big part in the Bengals’ loss. Not the Burfict way to end your season. Burfict has since been suspended for three contests next season as a result of his actions.”

Great to have you back, bro!

And now back to our regularly scheduled programming…

Our old friend correspondent Arto brings us news about what he called “Headline of the year featuring an old friend” and it’s a doozy! The headline is “With his crab soufflé, Ed Balls shows how to overcome the ultimate rejection” which is as amazing a headline as I’ve ever seen. It doesn’t even need to have a double-meaning like those “U.S. Bill Deals Blow to Canadian Fishermen” headlines that we all enjoy and love. We’ve featured Ed Balls here before, and he’s always been popular. Hard to understand why. 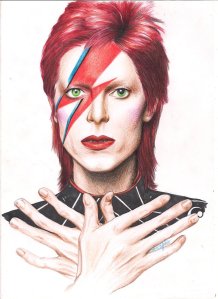 On to people whose names are far-less-plausibly-real than even Ed Balls, our Strange Headlines in Facebook’s “Trending Stories” Feed correspondent Dave (me) brings us the update that the rapper ostensibly known as Blac Youngsta was detained outside a bank after withdrawing $200,000 from an Atlanta bank. I’m guessing some people interpreted the story as a racial profiling kind of thing, or something about the egregious salaries of entertainers. But hopefully he was detained for being SO RAD! That was another cool headline “Blac Youngsta Detained After Withdrawing $200,000 from Atlanta Bank.”

As you may have heard, the legendary David Jones… wait… that’s not a funny name… David Bowie (sorta funny) passed away recently, and left fans mourning all over Facebook. Plus, it led to Diddy’s Amazing Epic Rap Battle tribute last week. Bowie made it cool to be weird, and left us with a lot of fantastic memories in both the music and film worlds. As far as the funny names world goes, in a fascinating NYT retrospective about how his final album “allowed his art to deliver a final message” we were graced with the name Ivo Van Hove, who was the director of Bowie’s musical Lazarus, which would end up becoming one of the last parts of Bowie’s illustrious legacy.

And that’s it for this special Monday edition of Funny Names in the News. See you on the other side!

Based out of San Diego, California. Co-founder of the Blog of Funny Names. funnynamesblog.wordpress.com
View all posts by Dave →
This entry was posted in Uncategorized and tagged entertainment, football, humor, humour, music, scotch. Bookmark the permalink.