Hello, readers! Now that it’s September, we move from Olympic Games back to funny names. And the winner winner (chicken dinner) for Freaky Friday’s funny name is Freek de Jonge, the Dutch cabaret performer and writer. Yes, you heard right, folks! Freek it is!

Around these parts, “freak” is a pejorative, used to express contempt. For example, when we spot a curiously-coiffed and curiously-clad person, we often say, “Look at that freak on a leash,” a reference to an old Korn song. However, in the Netherlands, Freek is short for Frederick, which means “peaceful ruler,” derived from frid “peace” and ric “ruler.” So if you named your dog Freek, you actually could put him on a leash.

Frederik “Freek” Jan Georg de Jonge, who celebrated his 72nd birthday just this week, was born in the village of Westernieland. As festive as that name sounds, the family sought greener grass first in Workum, then in Zaandam and lastly, Goes. I wonder if Jean-Claude Van Damme ever Goes to visit Zaandam? If so, this is one of their hotels.

Egads! Methinks it’s made of gingerbread.

While studying cultural anthropology in Amsterdam, Jonge met Bram Vermeulen and Johan Gertenbach, and they formed a comedic performing group called Neerlands Hoop In Bange Dagen. How soon can we get this on rotation?

It looks delightful. Even better than Korn.

In 1978, Neerlands Hoop had a hit with”Bloed aan de paal” (“Blood on the Goalpost”–not to be confused with John Cougar Mellencamp’s “Rain on the Scarecrow”), about a fight against the participation of the Netherlands national football team at the football world cup in Argentina. But bloody goalposts weren’t enough to keep the band together, and they split up the next year. Freek de Jonge was free to start his solo career.

Though his career was solo, Jonge himself was not. In February of 1971, he married Hella Asser. Yes, Hella Asser. Look, folks, I can’t make this stuff up. Here’s Hella with her man. 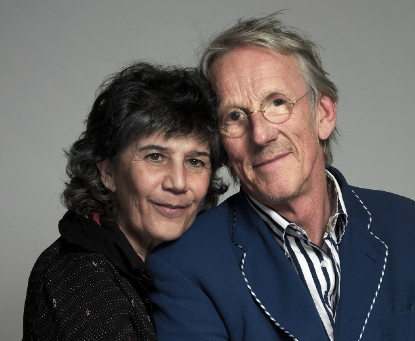 When not performing in cabaret, Jonge penned the novels Zaansch Veem, Neerlands Bloed, and Opa’s Wijsvinger. He also dabbled in hosting television shows and writing two films: The Illusionist (1983) and De Komediant (1986). Just for grins and giggles, he wrote a hip-hop song with Dutch rapper Brainpower. 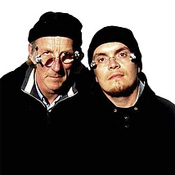 In 1994, Jonge collaborated with Nits, known for Urk, Giant Normal Dwarf, and their critically-acclaimed album dA dA dA. How can one be a giant dwarf, do you suppose? That’s rather oxymoronic. An album was released in 1995: Dankzij de Dijken.

In February 2004, he went to Iraq for a week to perform for the Dutch troops. Jonge continues to work (get his freek on) in the music industry. 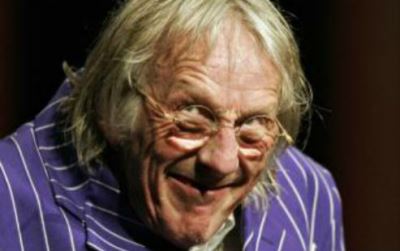