Have you ever read those articles about birth order? You know, the ones that say things like this? 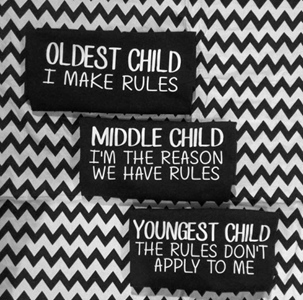 Frankly, I don’t think any of these would apply to today’s funny-named musician; Sol Hoʻopiʻi was born Child Numero 21 to his large Hawaiian family. TWENTY-ONE, y’all. That SURPASSES both the Duggars AND the Bates Family, who both only bore 19 total. I’d like to know if all his siblings had apostrophes in their names, too! What’s up with all the apostrophes?

Per  www.instanthawaii.com, the ‘Okina is the apostrophe mark and is a glottal stop – or a brief break in the word… As an example, think of the English oh oh – the small break, or silence, between the first oh and the second oh is the same break you would make if an ‘Okina appeared in the word (for example… oh’oh).

All told, Solomon Hoʻopiʻi Kaʻaiʻai  has four breaks in his full name.

Born in 1902 in Honolulu, little Sol began to sing and play at an early age. By three, he was playing the ukulele, and added the Hawaiian steel guitar to his repertoire a decade later. Little did he know he would one day be considered the all-time best lap steel guitar virtuoso, among notable Hawaiian steel guitarist such as Joseph Kekuku, Frank Ferera, Sam Ku West and “King” Bennie Nawahi.

At age 17, Sol and two of his buds stowed away on the ocean liner Matsonia. They busked and charmed other passengers, who evidently took up a collection to pay their fares. After landing in San Francisco, the teens played a few clubs and headed to Los Angeles. Sol’s friends eventually returned to Hawaii, but Sol remained in The States. In 1924, he formed the Sol Hoʻopiʻi Trio with Glenwood Leslie and Lani McIntyre, performing at popular Polynesian-themed night venues.

From 1933-1938, he recorded his best-known Hawaiian hula and hapa-haole songs as Sol Hoopii’s Novelty Trio, Novelty Quartette and Novelty Five. Preferring the acoustic lap steel guitar, he switched to electric lap steel at the age of 33 and developed an original tuning, in addition to the open A or open G tunings commonly in use at the time.

In 1938, Hoʻopiʻi said sayonara to his secular career and joined the evangelist Aimee Semple McPherson on tour. See the video below of him playing hymns on his lap steel guitar, accompanied by Christian composer Phillip Stanley Kerr  on the piano. Kerr introduces him as “hope-y,” though it was pronounced “hoopy.” Cheeky wikipedia added, “Both prior to, and for years after, Hawaii’s attaining statehood, many mainlanders mispronounced the state’s name as How-Wah-Yah, leading to show biz jokes about the 50th state of “How Are Ya?” ). Didja know that?