“They certainly give very strange names to diseases.”–Plato

Polls are closed.  Jake Butt is the winner of the 2017 Funniest Name in The NFL Draft Poll (5th annual).

Due to my discovery that the “OJ” in Alabama TE O.J. Howard’s name stands for O’Terrius Jabari, his name has been added to the poll, and voting has been extended to noon, Tuesday, May 2. 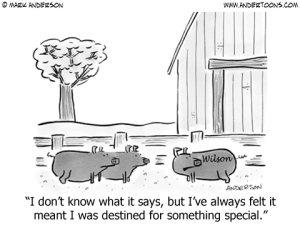 These guys are all destined for something. Bacon, maybe?

Obviously, they didn’t have football in Plato’s day.  Maybe they had a funniest name in the ancient Olympics contest.  Of course, most of those names look funny to us today.

But why discuss the past when we have the funny names of the present?  It’s that time again–the time to honor (and ridicule) the funniest names in the 2017 NFL draft.  This year provides and interesting mix and a veritable embarrassment of riches–there are so many unusual and even bizarre first names, alone, we could almost conduct a separate poll for that.  Consider:  Praise, Amba, Salamo, Jehu, Cethan, JuJu, Budda, Takkarist, Taco, Cordrea, Tanoh, Phazan,  Amara, Fadol, Torrodney, Psalm, Pita and on and on and on.   Yes, there’s a Taco and a Pita.  I’m Hungry already.

As for last names, there are several that can only be described as a threat to your oral health if you try to pronounce them.  To simplify things–if that is even possible–I’ve also gone for alliteration, mellifluousness or straight out style points in choosing the finalists.  But write in votes are allowed and encouranged.  Jaquiski Tartt won on a write-in two years ago.  It was that double “t” that did it.   As per tradition, I’ll also tell what I think the name sounds like, if it didn’t belong to a football player.

Jake Butt, TE, Michigan–Talk about nominative determinism: a tight end named Butt.  Maybe you can make this stuff up; I sure can’t.  He was headed towards a first round selection until he tore his ACL in the Orange Bowl.  That’s OK, his butt is still intact.  He’ll probably go in the third round or so.  What I think his name sounds like: a longshoreman.

Cordrea Tankersly, CB, Clemson–Tankersly certainly scores low on the nominative determinism scale.   With a name like that, he should have been an offensive tackle.  That’s OK, he makes up for it by having one of the more mellifluous names in this year’s draft.  It kind of rolls off the tongue.  Hopefully the wide receivers won’t roll off his coverage.  What I think his name sounds like: a guy doing 7-10 years at Leavenworth.

Taco Charlton, DE, Michigan–OK, so Taco is obviously a nickname.  His real name is Vidaunte, which is unusual but not nearly as poetic. Using a nickname certainly didn’t stop Ha-Ha Clinton-Dix from winning our 2014 poll.  So let’s go with Taco.  What I think his name sounds like: a cartoon spokesperson for the South of The Border restaurant chain.

Tanoh Kpassagnon, DE, Villanova–You might have to visit your dentist if you try to pronounce this guy’s name.   As he is 6’7″ 290lbs., you’ll be lucky if you have any teeth left if you piss him off.  According to the NFL draft pronunciation guide it’s  taw-no  pass-N-yo. No nominative determinism here.  With that pronunciation, he should either be a quarterback or an Indy car driver.   What I think his name sounds like:  somebody I’d be better off staying away from. 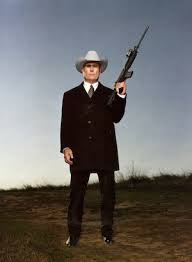 A non-football future for Cooper Kupp?

Cooper Kupp, WR, Eastern Washington–Proving that players from smaller schools can also hit the big time, in football and in funny names.  He also wins the nod for the best alliterative name this year.   What I think his name sounds like: a Texas ranger (the lawmen, not the baseball team).

Praise Martin-Oguike, LB, Temple–He’s is a long shot to get picked in the draft; it’s  more likely he’ll be signed as an undrafted free agent.  But I always like to include at least on double-barreled surname each year, and his is the best of the current crop.  And as for Praise , it has to be the most narcissistic moniker for an athlete since minor league baseball player Wonderful Terrific Monds.  What I think his name sounds like: a Baptist minister.

Honorable mention goes to all of the following–and you can write in any of them:  Budda Baker, Channing Stribling, Tau Lotulelai (Star’s brother), Leo Koloamanangi, Phazahn Odom, Obi Melinfanwu, Amba Etta-Tawo,  JuJu Schuster-Smith, Takkarist McKinley, Pita Taumoepenu and just about anyone and anything else you can spell or attempt to pronounce.  Vote as often as you like.  The polls close at noon EDT, Monday, May 1.

Upon discovery that the O.J. in O.J. Howard (Alabama, TE) stands for O’Terrius Jabari, a late write-in campaign has been launched.  Just use OJ Howard in the write-in blank, lest your fingers cramp from typing the whole name.  What I think the name sounds like?  How about and Irish wookie in Star Wars XIV? Suggestions?

O’Terrus Jabari Howard has been added to the ballot.

"The best way to predict the future is to invent it."-Alan Kay; Let's invent a better future, together.
View all posts by Mark Sackler →
This entry was posted in Uncategorized. Bookmark the permalink.