When our beloved correspondent, Mailman, published her debut post: “Lancaster County, Keeping it Real since 1710”, a seed was planted in my brain. Not because it was the day we had the most hits on this site, for which the credit goes to founding correspondent, Dave, with his post published the night before, “Olympics 2012: Saeid Mohammadpourkarkaragh and His Heavyweight Name.”

It only took five years for the seed to germinate. What kind of strange and wonderful names are in my home state of Washington. We don’t have any towns named “Bird-In-Hand” or “Intercourse” or “Blue Balls”, but what wonderful jewels might exist (pun fully intended).

To avoid melting in the heat this past Sunday, I dug into my map collection perusing the cities index. The center fold may or may not have caused my readers to fog. 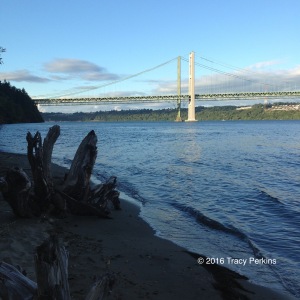 Welcome to Washington State’s lesser known towns. The towns are not in any particular order.

Washougal, population 14,095, a farming community in the southwestern part of the state famous for it’s combine demolition derbies. By the way here’s how you pronounce it: Wa’shoe-gul.

In the tiny town of Almira, population 284 in eastern Washington. I once ate a fantastic, nay, absolute best steak of my life there in their tavern. Went back a second time and gosh darn it, they had a new cook. It was worth the try.

This leads me to the coastal towns of Sekiu, population 27, pronounced “sea-Q”. On the off chance you’ve taken the Twilight Tour, you may have driven passed this town. Down the road a piece is Sequim, population 6,606. Hmm. It’s illegal to talk about bad weather if you stop in Sequim, ye be warned. (Pronounced SKWIM, rhymes with swim.) They have a fabulous lavender festival each summer.

Have you ever been to Humptulips? No, it’s not named for something unspeakable being done to flowers, it’s named for a word in Native American Salish which translates to “Hard to Pole” in reference to the eponymous river the town is name for. Easy for me to say, no?

Maryhill named for the wife of Samuel Hill. You may have heard the saying, “What the Sam Hill are you doing?” Now you know where it came from.

Ilwaco (pron: ill’ wah ko) I just love saying it out loud.
Naselle (my favorite as a Star Trek Fan, pardon the engineering parlance.)
Gorst (It would be a great place for a drive-in that shows gory horror movies).
Guemes (Locally we pronounce it gomez.)
Twisp (I bought my favorite cowboy hat there.)
Ohanapecosh (pron: o hana peh kosh) A jewel near Mount Rainier National Park.
Nooksack (So many options, so little time)
Sumas (a town at the Canadian border. Pron: sue-mass)
Thrashers Corner (Location for a horror movie or video on how to harvest wheat)
Ahtanum (because it sounds like an atomic element)
Tumtum (This town should be No. 1 in Rolaids sales).
Ephrata (Don’t be ephraida to go there.)
Rice (It’s what’s for dinner)
Kalalock (pron: clay-lock) Coastal resort town, Twilight tour route to Forks.
Kooskooskie near Walla Walla, Washington.
Kapowsin (pron: Kah-pow-sin. Runner up for the 1960’s Batman TV series punch noises)
Tokeland—we are the Evergreen State, just don’t admit you inhaled.
Kidd Valley—nothing like Disneyland.
Nugents Corner—Perhaps it was named after Ted.
Starbuck—named for a railroad official, not the coffee.

And we must not forget the good people of George, Washington, home of the Martha Inn and Truckstop.

Writing since she could first hold a pen, Tracy Perkins formed her alter ego, "Fannie Cranium" at the suggestion of her husband. Tracy understands smiling makes people wonder what she’s been up to.
View all posts by Fannie Cranium →
This entry was posted in humor, humour and tagged funny, funny names, Seattle, travel, Washington State. Bookmark the permalink.