Grand Finale: One and Only Poll, Dave’s Greatest Sports Names 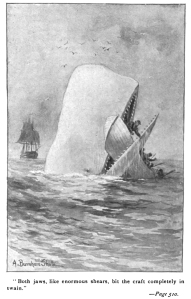 Call me Doofus.   Some years ago–never mind how long precisely–having little or no life, and nothing in particular to interest me in reality, I thought I would log on for a while and see the blogging part of the world.

Practically the first thing I ran into in the blogosphere was The Blog of Funny Names, and its intrepid creator, King Dave.  It seems we immediately had something in common, spanning our generations.   We both have an innate love for funny names, particularly in sports, and especially in baseball.  I commented on one of his posts, that I first delved into funny names when a friend and I compiled a list of what we called the 50 Wackiest Names in Baseball.  We went through an entire baseball encyclopedia, thousands of names. It’s true, or my name isn’t Clyde Klutz.  OK, it isn’t, but his was deemed the #1  wackiest major league baseball name of all time.

That wacky baseball names list, built away back in the dark ages of 1963, would make me a new friend some five decades later.  Dave and I hit if off instantly.  My wife and I further had the great honor of meeting and housing Dave for a night or two when he came to New Haven to interview at Yale Medical School.  That he ultimately wound up at UCSD was their gain and Yale’s lost.  Because as a medical student, curator of funny names, and–most importantly–human being, Dave simply rocks.

So in honor of our esteemed founder and fearless leader, I conclude our Rave for Dave with a poll to determine his funniest sports names of all time.   Appropriately, this is done in the style of my most viewed posts of all time (thanks for the guesting opportunity, Dave!):  The Annual Poll, Funniest Names in the NFL Draft (now at #5 and counting).

Here are the candidates:

Dick Butkus–A very appropriate first candidate, he was one of the greatest linebackers in NFL history.   Dave profiled him on May 14, 2012,  which just happens to be the week I started blogging at millenniumconjectures.com.   And let us not forget, the winner of this year’s Funniest Names in the NFL draft poll,  Jake Butt, owes his legacy to Butkus.  Oh, the pronunciation of Butkus sounds and awful lot like “butt kiss,”  so, case closed.  What I think his name sounds like, if he wasn’t an athlete:  a hit man for the mafia.

Detlef Schrempf–The 6′ 9″ former NBA star was honored by Dave on August 5, 2013.  Mostly known during his career as a reliable option off the bench, he was twice awarded with the league’s 6th Man Award.  He has distinguished himself in retirement through his charitable foundation.  But boy, his name could use a few more vowels.  What I think his name sounds like:  the prime minister of Croatia.

Pickles Dilhoefer—One of the greatest nicknames in a sport known for great nicknames, Dilhoefer was a major league baseball catcher, if briefly, in parts of seasons from 1917-1921.   But his best claim to fame came in August of 2013, when Dave told his story here on  The Blog of Funny Names.  Sadly, the great Pickles died young, succumbing to Typhoid Fever early in 1922.  I guess he wasn’t pickled enough.  What I think his name sounds like:  Myer Lansky’s girlfriend.

Corn Griffin–Dave is an ardent boxing fan, so we have to have at least one boxer on this list.  Dave covered this pugilist on September 7, 2015.  The thing is,  his place in funny name lore may lie less with his own name, then with his incredible string of wins against funny named opponents.  Dave listed them thusly: Grumpy Gordy, Ox Marquette, Pep Causey, Kenneth Osteen, Gunboat Farley, Bobcat Morris, Layon McDuff, Grumpy Gordy (again), Shootie Copeland, and Autyro Staines.  So when you vote for Corn, you are effectively voting for this entire list.  What I think his name sounds like: a sax-playing sideman for Miles Davis.

Cappie Pondexter–In a league with some very funny names–the WNBA–Cappie has the distinction of being the first lady basketball to grace BOFN pages.  That happened when Dave wrote about her in July of 2012.   This also fulfills our title IX requirements for today.  What I think her name sounds like: a Loony Tunes character from the early 1930’s.

Sicnarf Loopstok–Last but certainly not least, comes my favorite funny-named athlete of all time.  Loopstok, a minor league baseball character, came to the fore when he won minor league baseball’s Moniker Madness contest in August of 2014.  This is the only one Dave did not write about.  I did.  But Dave and I teamed up to put Loopstok over the top, to claim his victory.  (Don’t tell anyone, but we stuffed the ballot box, as Dave and I jointly described in Funny Names In The News #51).  Our combined efforts helped “Sickie” top the likes of Forrest Snow, Storm Throne,  Jose Jose, and Storm Speer.  Unfortunately, he is still toiling  as a catcher in the low minors, but his name lives on in funny name history.   What I think his name looks like: an explosion in an Alpha-Bits factory.

That’s it folks. Cast your ballots.  And don’t forget to donate to Dave’s Go Fund Me campaign.  We need him back, healthy, and solvent as soon as possible.  Voting ends….hmm…maybe never, but certainly not before Dave says it does.

13 Responses to Grand Finale: One and Only Poll, Dave’s Greatest Sports Names