Now that you’re warmed up to shop, let’s warm up to today’s subject: Motivation. We’ve covered some wonderful names in motivation here at the BoFN, Orison Swett Marden, Napoleon Hill, with honorable mention to Zig Zigler. 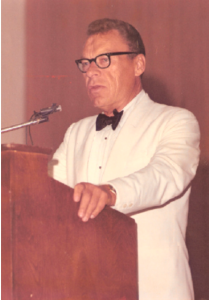 So today let’s look at Earl Nightingale, the fifth. He sounds like an English lord, but he’s the inspiration behind the motivational movement in the U.S. All because he had a question when he was 12-years-old and wanted to find an answer. After his father abandoned the family in 1933, young Earl wanted to know why he, his two brothers, and his mom were living in a tent in “Tent City” and why they lived as they did.

Since no one around him could answer the question, he went to the public library in search of the answer. It was the start of a journey that would take him years to discover.

When he turned 17 he joined the Marines in hopes of seeing action in Japan during WWII. He was stationed in Hawaii and was one of 15 Marine survivors from the USS Arizona. After the war ended, but before he mustered out of the Marines, he took a job in radio at WJNC in North Carolina.

When he was released from the military he started his radio career in Phoenix, then moved up to the windy city of Chicago. In addition to his radio commentary, he starred as the voice of Sky King on a nationally syndicated show, becoming a childhood radio hero.

When he was thirty-five, Earl read, Napoleon Hill’s book, “Think and Grow Rich.” Between those pages he first discovered the answer to his question. “We become what we think.”

(When I first read that line I panicked. There was a time in my very young life I wanted to be a blueberry. What’s not to love, they are blue, and burst in your mouth with a sweet/tart tang. Even Pop Tart had an ode to blueberries in their blueberry pop tart. I am grateful I didn’t spend too much time thinking about it—dodged a bullet on that one.)

Shortly after Earl read these words, he decided to take a fishing trip. He wrote an essay to the salesmen in his office wanting to give them inspiration. A friend of his worked at Columbia Records and helped him press a single audio recording of the essay which he called “The Strangest Secret.”

When he returned from his trip, the salesmen were so inspired, they each wanted a copy. Word spread through out the sales community and without any advertising or marketing Earl sold one-million copies earning him a Gold Record. Speaking of Gold Records, it was the only one ever given for a spoken word recording. The great thing is, the recording is still available on vinyl.

So if you need motivation to go shopping, there you go.

Please consider donating to our founder, Dave, and his fight against a cancerous brain tumor, all while he transitions from medical school to his residency learning to fight the very thing he is battling. 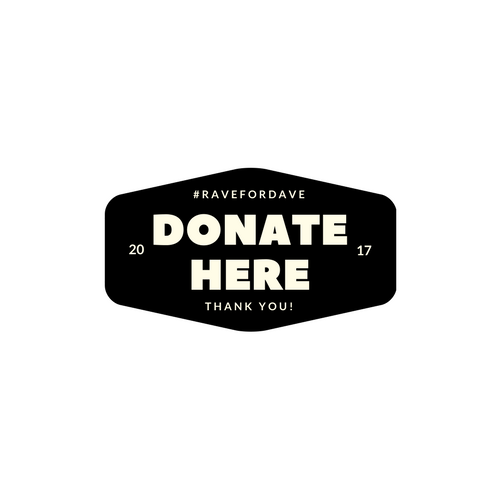 Writing since she could first hold a pen, Tracy Perkins formed her alter ego, "Fannie Cranium" at the suggestion of her husband. Tracy understands smiling makes people wonder what she’s been up to.
View all posts by Fannie Cranium →
This entry was posted in Funny names in Motivation and tagged bio, biography, funny names, history, motivation. Bookmark the permalink.

16 Responses to Earl Nightingale, the Fifth