How to mix a Pink Martini: China Forbes, Storm Large, and Meow Meow

“Happiness is a dry martini and a good woman…or a bad woman.”–George Burns. 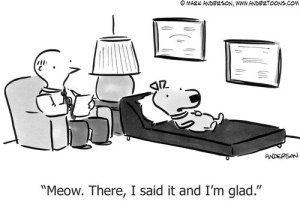 I must admit, I’ll take any one or all three of  the George Burns aforementioned above.  But when it comes to martinis, my favorite is a pink one. That is, Pink Martini, the Portland, Oregon based musical group founded in 1994 by Thomas Lauderdale.  Musical group is a bit of a tepid description though; pop/jazz/world orchestra is better.  To call them eclectic is an understatement.  Featuring, at times, a dozen or more instruments (almost always acoustic) and a half dozen or more vocalists, they have toured the world, won awards, performed and recorded songs in 25 different languages, and sold a lot records.

And although Pink Martini might not be a particularly funny name for a band or orchestra, they like to mix their drink with funny-named singers.  To be precise, there are three of note, as described below with a YouTube sampling from each.

China Forbes—The lead singer of Pink Martini since 1995, Ms. Forbes is bit of an interesting drink mix herself, having a father of Scottish and French descent and an African-American mother.  I guess when you mix those three nationalities, you get Chinese.

China Forbes with Pink Martini, filmed in 1996 for a French documentary on the group

Storm Large—An American singer/songwriter/actress, she tours with group and alternates with Forbes as lead singer.  Her early musical background was mostly as a rock singer, but as the video below illustrates, she can do much more.  And her performanes are, well, large.

Meow Meow—Born Melissa Madden Gray, Meow Meow is an Australian actrees, dancer and caberet singer.  She ocassionally tours with Pink Martini as a featured guest singer.  The bit below–which she also performed recently when my wife and I saw the Pink ones in New Haven–is indicative of what you might expect from somebody going by Meow Meow.

The typical purring of Meow Meow

By the way, the one and only lead male singer is Timithy Nishimoto. That name is probably only funny in Japan.

As for me, I’ll take my martinis, dry and pink, with all three of these talented ladies.

Read my serious musings on Seeking Delphi™–and my riduculous and subline (and sometimes downright silly) pronouncements at The Millennium Conjectures.

4 Responses to How to mix a Pink Martini: China Forbes, Storm Large, and Meow Meow